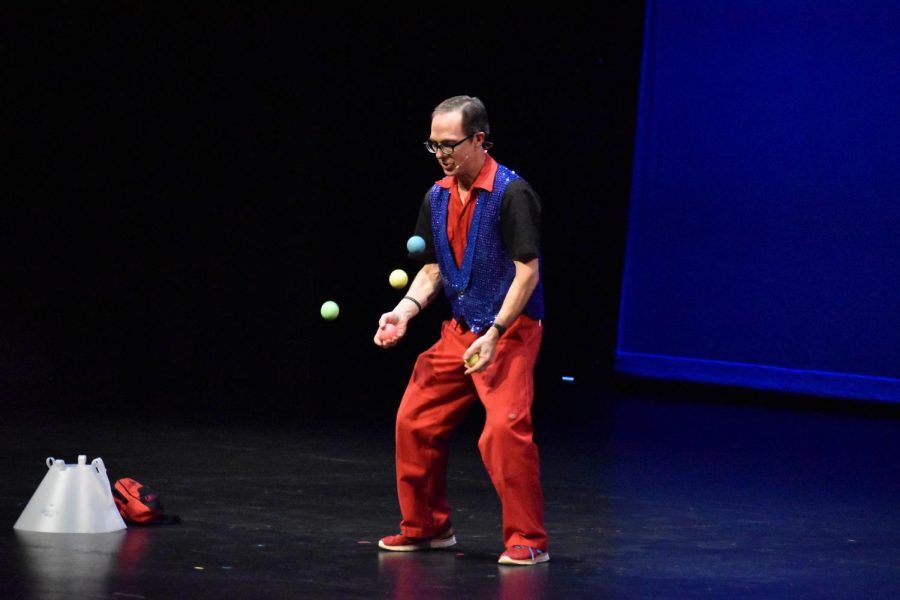 A fire jam and gala show are just some of the electrifying events taking place during Palo Alto High School’s third-annual Game of Throws festival this weekend at Paly.

This year’s festival will feature famous jugglers from around the world, as well as students in Paly and Stanford University’s juggling clubs.

The festival will start at 7 p.m. tonight with a juggling battle, followed by an outdoor fire jam in which jugglers will set some props on fire. At 7 p.m. Saturday night, there will be a public gala show, and the festival will conclude with a raffle drawing at 1 p.m. Sunday. In addition to these events, there will be juggling workshops throughout the event.

According to Student Activities Director Matt Hall, who both runs and participates in the festival, the gala will include several props that have never been used in the show before.

“I always book the shows so that this community, the Paly community and the students, get to see the state of the art in each prop,” Hall said. “Then they can say ‘that looks cool, I want to learn how to do that,’ or ‘that’s amazing, I’ve never seen that before.’”

Former Cirque de Soleil performer Thom Wall, who will be performing in the gala, said he heard about the show through Hall, his friend of almost 20 years. His juggling act during the gala will have an 18th century theme.

“Most of my set is tricks that have not been done in two or three hundred years,” Wall said.

Onni Toivonen, a Finnish juggler, will be performing a solo act during the gala and also teaching a club-juggling workshop.

“To some degree, I have been juggling for twenty years, but I didn’t get serious about it until I turned twelve,” Toivonen said.

According to Hall, there have already been over 200 presale tickets purchased, an all-time record since the festival was started in 2018. While some of the proceeds of the event will go to the performers, the Paly Juggling Club will also use some of the money to purchase new supplies.

Tickets for the gala cost ten dollars and can be purchased either at the festival or online.