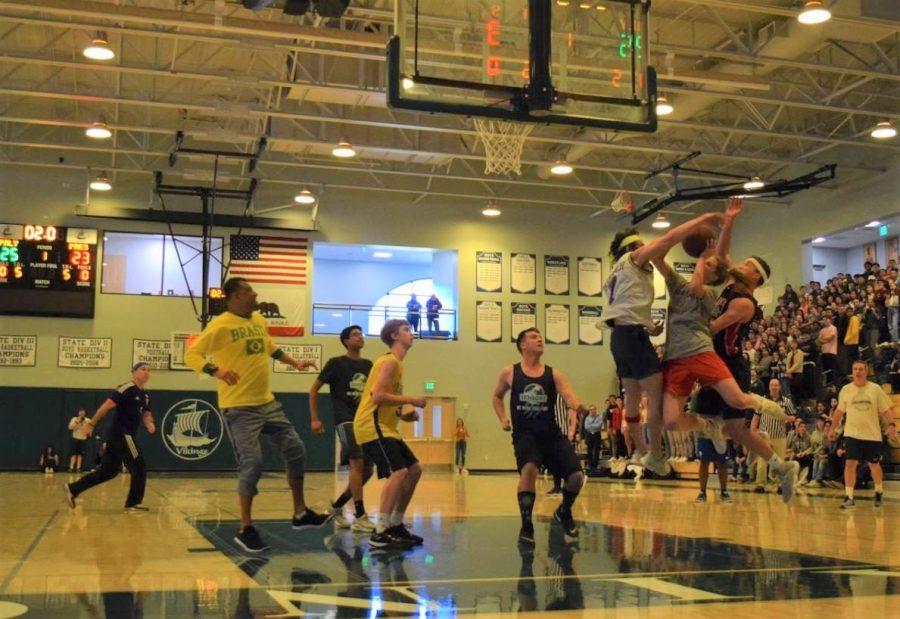 The match will take place at the Winter Rally during tutorial in the Paly Big Gym.

Unlike previous years, however, the student team will not have a strict equal ratio of boys and girls, with the current student roster showing 15 boys and five girls.

“Seniors signed up through a Google form,” Athayde said. “Of the approximately 40 students who signed up, 20 were randomly selected to play in the game.”

According to a message from Student Activities Director Matthew Hall, the teams of 20 will be divided into groups of five who will each play for one quarter of the game.

In addition to the basketball game, the Winter Rally will also include  the prom location reveal as well as a halftime performance by the varsity Paly cheer and dance teams.