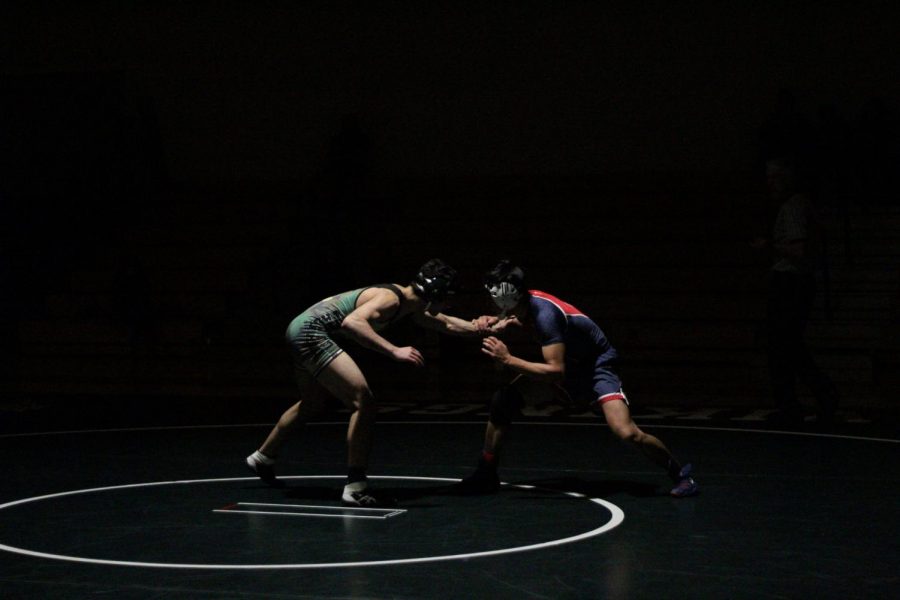 Lynbrook won the first two matches of the meet with pins, earning six points for each. Sophomore Ella Jauregui faced off against Mohong Li in the third match, losing narrowly by regular decision and adding three points to Lynbrook’s score.

Junior Halo Lynch exhibited strong offense and defense in his match by controlling and overpowering his opponent, resulting in another pin for Paly.

“I kept defensive, I kept pressure on him the whole time, and I rode him out the whole time,” Lynch said.  “A lot of the times in matches when you’re tired you start making mistakes, and I think I did a pretty good job of keeping on him the entire match.”

According to Head Coach Jon Kessler, the experience, skill, and commitment of the returning varsity wrestlers helped Paly defeat Lynbrook.

“I thought our varsity returners did a really nice job,” Kessler said. “They’ve put in extra time in the room, and I think that’s really what helped us out tonight.”