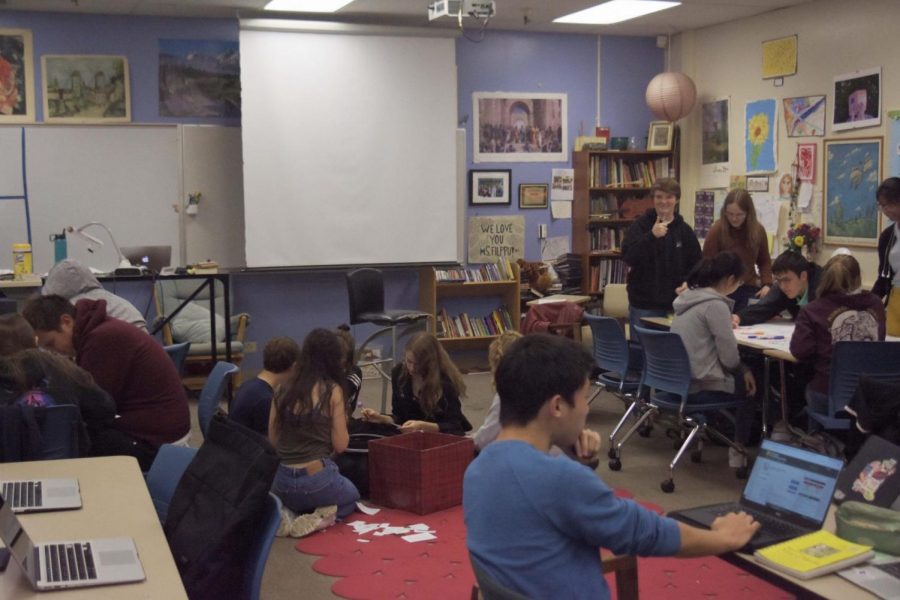 Students can look forward to a spot of winter cheer tomorrow, with Palo Alto High School’s Writer’s Craft classes planning to host a ‘Poetry Elves on the Quad’ event during lunch.

Students enrolled in Writers Craft will don elf hats and pass out hot chocolate and poems. Although most poems were written by the students, they will also feature the work of some famous poets, according to Writer’s Craft teacher Lucy Filppu.

“We want to honor the great Whitman, Emily Dickinson, Shakespeare, so those are in there too, but we also have some talented poets in here [Writer’s Craft] and we want people to know poetry is available to everyone,” Filppu said.

In addition, participants can pick out poems to be entered into a raffle with the chance of winning a $20 Books Inc. gift certificate.

According to Filppu, the event aims to give members of the Paly community a better appreciation for the spoken word through poems.

“The goal of the event is to remind people to look up, get off their phones, and share the gift of language in time for the holidays,” Filppu said.

Through the event, the students hope to spread cheer and are excited to see their hard work pay off.

“At a time of finals when everything is going to be super stressful, it’s nice to just spread some poetry,” senior James Nielsen said. “We’ve been writing poems [during] the past unit of Writer’s Craft, and this most recent week, we’ve been preparing the actual preparations for the event.”

According to senior Bees Baldwin, the students had to pick four poems that they had written in class to either share out loud or print to hand out.

Filppu hopes that this event will show how poetry is easily accessible to everyone.

“The way the class is structured, you don’t have to be the most amazing writer,” Filppu said. “We just want to encourage everyone to get out of academic writing on some level and connect to language in a deeper way.”