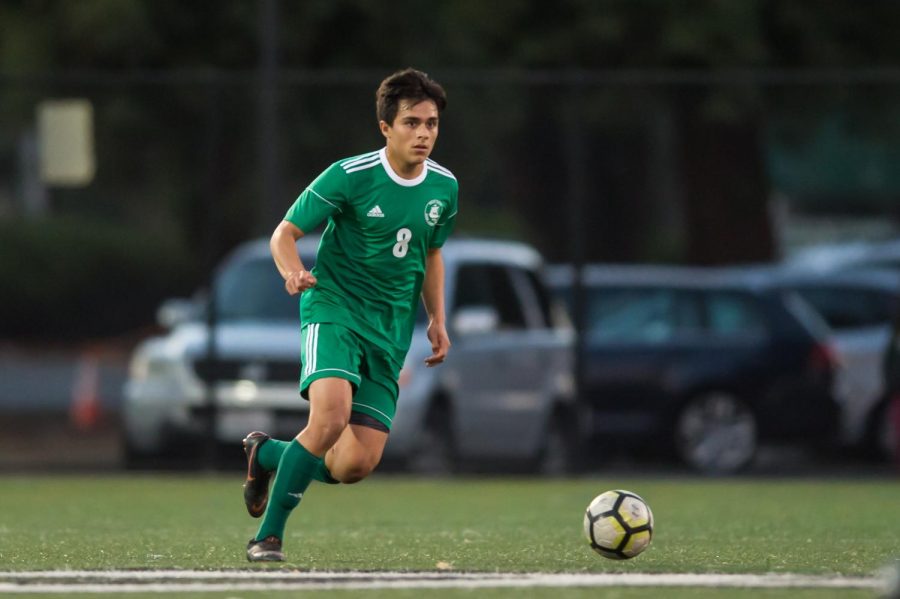 Kicking off its season, the Palo Alto High School boys’ varsity soccer team is optimistic despite being made up of more freshmen and sophomores than in past years, and is hoping to place at the top of the De Anza Division.

Head Coach Donald Briggs said that he hopes to see the team improve over the season and become a threat to other top teams.

“The main goals are to come together as a team, play our best, and try to improve with each coming game,” Briggs stated in an email. “I would like to be competitive in every game we play. I think that’s a possibility, but we are going to have to work hard.”

Last year, the team went 5-2-5 in league and 10-4-7 overall, making it into the open division of Central Coast Section where it was then eliminated in the first round after losing to Bellarmine.

This year, according to senior goalkeeper Jackson Druker, the team has players who are strong on and off the ball, and has the potential to have another strong season.

“As we gain some chemistry, we’ll be able to be dominant in the league because we have a lot of quick players who are good on the ball and are able to move it quickly,” Druker said.

Junior Enzo DeMarinis is also optimistic about how the team looks this year, reiterating Druker’s claim that the team is comprised of talented players.

“I think the team itself player-wise looks really good,” DeMarinis said. “We have really skilled players who play well together.”

According to Briggs, the team lost many key players last year and is composed of many young athletes with no varsity experience, so the teams’ success is dependent on what they can accomplish.

“[Our success this season] really depends on how the younger players develop and how we improve as the season moves on,” Briggs stated.

The Vikings will play next away against Menlo-Atherton 3:30 p.m. Monday.