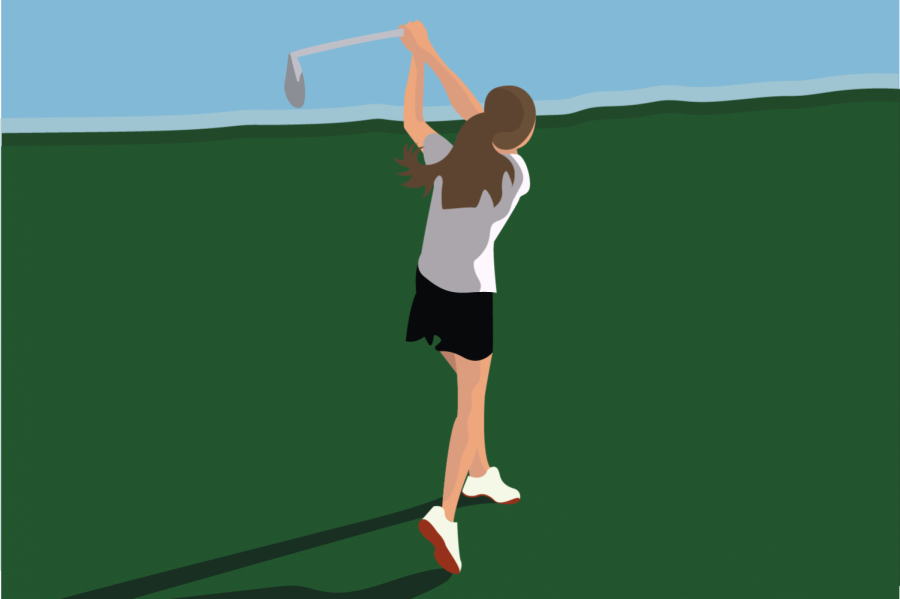 The team hit 377 strokes, edging out the second-place team, Troy High School, by eight strokes. Incidentally, 377 is exactly the number which placed the girls in third at the CIF NorCal tournament on Nov. 4.

“As they came in and I noticed that they realized that they were winning, a sense of pride came over me that I will never forget,” Head Coach Doyle Knight said. “They have worked long and hard to get to this point and I was so happy to see that it paid off.”

According to Knight, future plans for the 2019-2020 team are still in the works. The Vikings received an invitation to participate in a national tournament for state champions in North Carolina over the summer and will discuss the possibility of attending.

“Right now the girls and I and their families are trying to figure out if financially we can work this out,” Knight said.

For junior Marina Mata, one of the team’s junior captains, it took a moment for her to realize the gravity of the achievement.

“At first, I didn’t realize it was such a big deal,” Mata said. “But after a while it hit me and I couldn’t believe it. Winning the state championship is something that never crossed my mind and now I am beyond excited and proud to be part of such an outstanding team.”

Senior captain Katherine Sung, who tied for third individually with 73 strokes, said the title was unexpected, but she’s proud of the collective effort of her team.

“We didn’t think at all that we would have the chance to win it, so we went out there, enjoyed the scenery, and just did our thing,” Sung stated in a text message to the Voice. “It is the best way I could’ve imagined to end off my high school golf career and I couldn’t be more proud of the team. This is something that I will remember forever.”