Opinion: Instagram leading in the decline of toxic social media 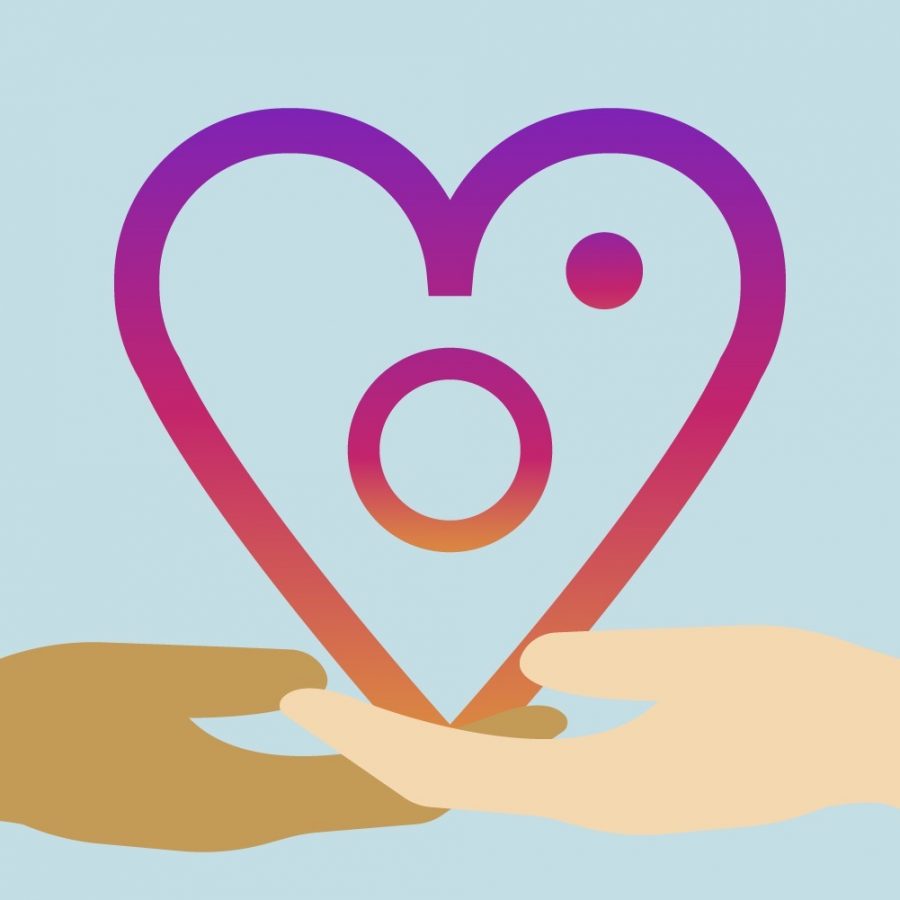 Will Instagram’s removal of the number of likes start the trend towards the end of unhealthy social media patterns?

Instagram tested hiding the number of other people’s likes in the United States on Nov. 15. Users are able to see who liked a certain post, but the exact number of likes is only visible to the person whose post it is.

A tweet by Instagram stated that this feature has received positive feedback after being tested in Australia, Brazil, Canada, and other countries prior to being tested in the US.

According to a study by Psychological Science, Instagram users, specifically teenagers who were the focus of the study, are more likely to click like on an image that already had many likes over one that did not.

In short, teenagers were largely influenced by seeing that other people had liked a post, rather than thinking about it for themselves. According to the study, social media increases peer influence and the “willingness to conform” to peer influence was shown to be greater in teenagers when the post had more likes.

The psychologists who monitored the study concluded that the effect of social media and conformity in teenagers would be magnified in real life; the peer influence experienced on social media would actually cause teenagers to feel more easily influenced by peers in real life because of the effect of social media, all linking back to the greater likelihood of a teenager to like a post because the post already has lots of likes.

Social media takes away the ability for teenagers to think for themselves, as shown in the Psychological Science study. With the latest update, teenagers will now be forced to make their own decisions on what’s worth their likes.

The pressure for social media users to conform to the influences they see online goes hand-in-hand with the idea of using social media as a place to seek self-validation.

The removal of the number of likes on Instagram will also reduce the likelihood that social media will be where people go to validate themselves based on the number of people who double-tapped on their Instagram pictures. When users go online to validate themselves it leads to unhealthy behaviors both in real life and onscreen. Validation from likes, or the lack of a high number of likes, leads to young people having lower self-esteem and trying to find other methods of online validation. This often comes in the form of cyberbullying or other online drama. This new trial feature is one step closer to preventing those problems.

When students first start using social media, often around middle school, it tends to be a point of school drama and competition of popularity. Additionally, the middle school age is also a time where kids are trying to figure out who they are and how to accept themselves. Social media plays a big role in this as young kids go online to post pictures of themselves in hopes of getting more likes. These patterns affect how young people go into the world and how they view themselves in real life based on the responses they get online.

Since the start of the social media era, getting likes has been a big part of the experience. What started out as a sharing, connective platform soon became a competitive atmosphere, comparing who can get the most likes, the most comments, and the best follower-to-following ratio.

We expect that with the removal of the ability to see likes on other people’s posts, real-world interactions can improve as our online habits improve. If social media can become a place of positivity and creation, without having to worry about over-influencing and validation, users will have more self-esteem in real life. Higher self-esteem comes with so many benefits such as increased productivity and positivity.

At a school where Instagram is a dominating part of social connections, Palo Alto High School students are reflecting on how these changes affect them.

“At first I kind of disliked it [Instagram removing the number of likes] because there were so many things that are dependent on likes, like the world record egg,” sophomore Arohi Bhattacharya said. “But at the same time it’s more private and you don’t really have to be dependent as much on likes because you don’t know how many there are.”

These platforms were originally intended to be promoting the spread of shared ideas and creations, and perhaps now it can finally go back to being just that.

By not being able to see how many likes someone else got on a post, the toxic competitive social media usage will decline and may become a healthier habit again.

It’s about time that this change was made. So, thank you Instagram for noticing the harmful patterns that your platform created and taking steps towards mending it. We hope that other social media outlets will do the same.