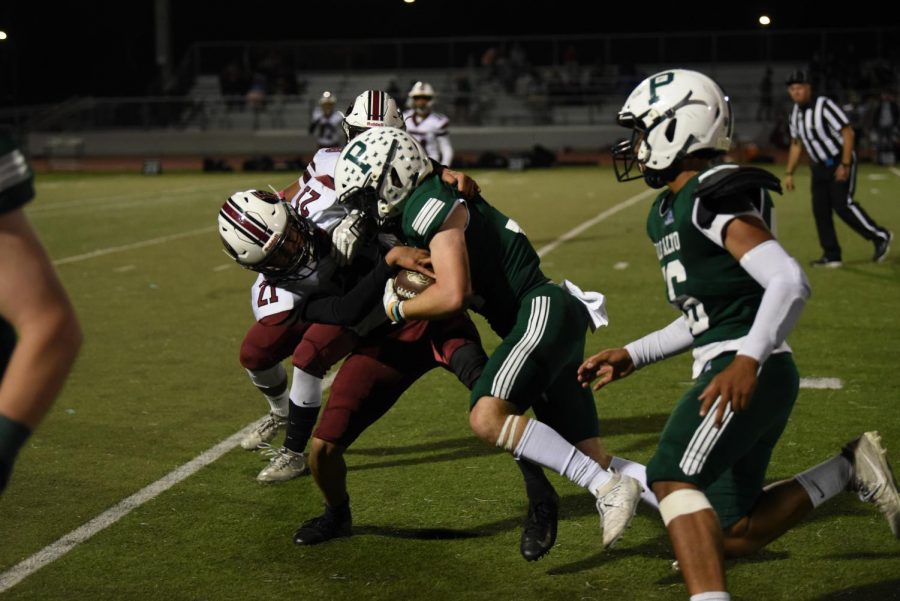 Palo Alto police are investigating a theft which occurred in the Palo Alto High School’s boys’ locker room on Wednesday, which has resulted in a loss of many football players’ personal items.

According to Assistant Principal Jerry Berkson, surveillance footage of a suspicious individual entering the locker room has been sent to the Palo Alto police, who are investigating the case.

The police have confirmed to The Paly Voice through a call that players’ personal items were stolen from 15 unlocked lockers.

Senior wide receiver Jamir Shepard heard about the theft from a fellow teammate. According to Shepard, some of the stolen items included computers, AirPods, and clothes. Shepard said the thief waited until all the players left the locker room to steal their items and he posed, in conversation with the water polo coach, as a brother of one of the football players.

Senior Jurgen Dittrich said the robbery had a negative effect on the team.

“I had my top locker locked,”Dittrich said. “My bottom locker had my clothes in it and when I got back they were on the floor. You know, luckily, I had no valuables in there. … It was really rough on the teammates, because a lot of them had like, north of two thousand grand worth of stuff stolen from them… phones, laptops, money, and it’s just really depressing.”

Athletic Director Nelson Gifford said that students should be more careful with their items and report any suspicious behavior.

“Number one, students should make sure to secure all their valuable belongings, lock their bikes, keep their bags secure, use a padlock,” Gifford said. “The other thing is that they should just be aware of their surroundings. If they see something that looks out of place, or see someone that looks like they may not belong there, they should let somebody know.”

According to Gifford, the team supported each other through this experience by helping look around the locker room for other people’s stolen items.

This is the second apparent theft to strike the Paly athletic department in the past three weeks. The first theft was stolen field hockey sticks, which forced the field hockey team to purchase hundreds of dollars worth of equipment to replace the stolen items.

The Paly Voice will continue to cover the investigation as it develops.