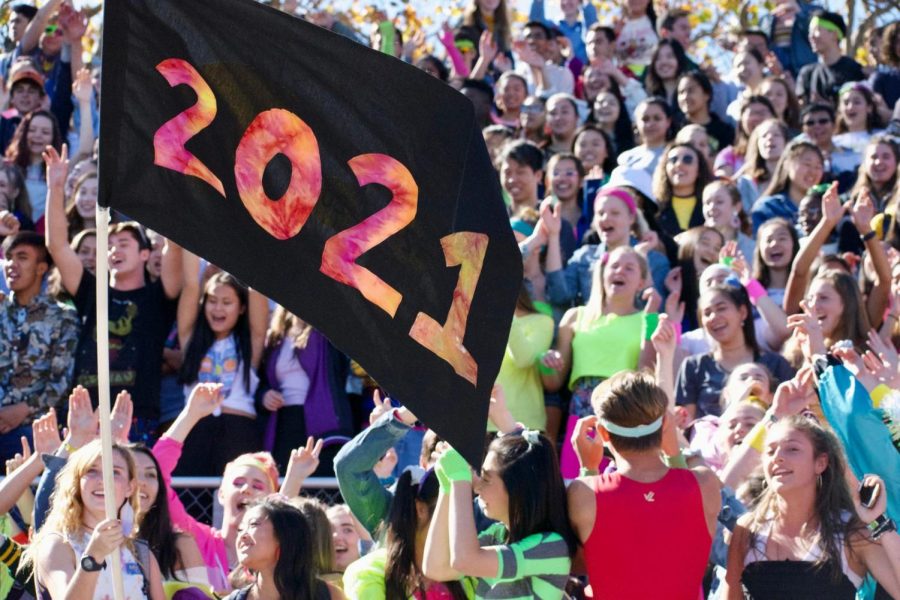 The first day of Palo Alto High School’s eagerly anticipated Spirit Week saw students come to school dressed head to toe in outlandish costumes, while the lunch rally brought students from all four grades to the football field for a tournament of tug-of-war and a costume competition.

After a disappointing fourth place finish in last year’s tug-of-war, the class of 2021 came through to dominate the event, beating the seniors in a lengthy championship round battle.

“We were the underdogs,” said junior Jackson Bundy, who helped pull the juniors to victory. “They’ve got all the big football players, you know. Overall, they were better, but they got cocky and we won. It was the cause of their downfall, simple.”

After the test of strength, two students represented each grade in the costume competition. Juniors placed first, while seniors and sophomores came in second and third, respectively, while freshmen took last.

These point totals include the results from the first spirit rally of the year, which took place in September. Seniors and sophomores were each awarded 500 points for a first place tie, while freshmen earned 200 and juniors 100.

With four days left in the week, there remains opportunity for the standings to shift as the four grades compete to best each other in games and costumes each day, and with the reveal of the floats and spirit dances at the after school rally on Friday.

On Tuesday, each grade’s costume will represent a different salad dressing, with freshmen decking out in athletic gear for Healthy Choice, sophomores donning cowboy hats for Ranch, juniors dressing in vacation gear for Thousand Island, and seniors wrapping themselves in togas for Caesar. The competition will resume in rallies during lunch and tutorial, in which students will take part in Paly Trivia, Ring Toss, Hungry Hippos and the daily costume competition.