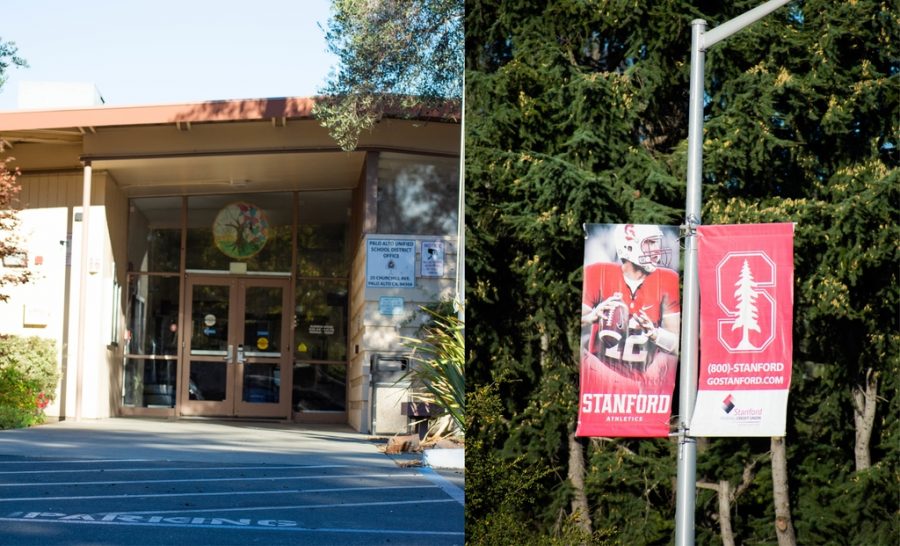 With Santa Clara County and Stanford University returning to the negotiating table tonight to extend Stanford’s General Use Permit, longstanding financial implications of the deal are pressuring officials at the hearing.

The Palo Alto Council of Parent Teacher Associations has called for parents and students to march at King Plaza in front of City Hall 5:15 p.m. Tuesday to demand concessions from Stanford.

In summary, Stanford is looking to build 3,150 new housing units for students, faculty, and staff, and requires the county’s approval to move forward with the project. As these housing units will introduce new students into the Palo Alto Unified School District, Stanford reached an agreement with PAUSD in April in an attempt to to mitigate the financial impact of new students. (Read about the background information surrounding the deal and a comparison to the 2000 Stanford GUP here.)

In addition, we believe that Stanford’s reliance on declining enrollment trends to pay for students from the new proposed housing proposal is unfair, as the Palo Alto community would be paying for students outside the community to attend PAUSD schools.

The deal between PAUSD and Stanford only partially offsets the effects of the influx of new students: Stanford will pay $5,800 per student living in Stanford housing who attends a PAUSD school, while it costs the district $21,000 on average to educate each student.

Multiple groups within the community have demanded that Stanford fully mitigate the financial impact caused by each additional student from Stanford housing. These groups include parents and teachers, County Supervisor Joe Simitian and his staff, and the Palo Alto Council of Parent Teacher Associations.

Potential flaws in the new deal and future financial concerns

“The second 20 years was kind of like an add-on,” Austin said. “To get the additional 20 years, we had to come up with a number that they [Stanford] would be willing to go for.”

Given the gap between the district’s $21,000 cost per student per year and Stanford’s agreement to pay $5,800 per student per year, the Paly Voice estimated the potential deficit in the budget. The Voice found that, assuming a 2% inflation rate and a linear increase in the number of students enrolling at PAUSD, the total accumulated deficit will amount to nearly $40 million by 2035 and nearly $330 million by the end of the 40-year deal.

The calculations took into account only recurring costs; supposing that Stanford is correct in its assumption that the new students may simply attend school in PAUSD’s current facilities, and that PAUSD must raise the number of teachers and increase spending on supplies and materials in order to maintain the same level of education quality.

The results of the Voice’s calculations err on the conservative side, because according to Austin, who negotiated the deal, the students from Stanford housing under the deal will be entering the district significantly sooner and faster than Stanford’s estimates.

“It’s going to be 250 [students] somewhere around year 4,” Austin said. “And that number will hold pretty true until year 10 — 10 years out, we’re expecting at least 500 students and probably more.”

While these numbers are largely dependent on county negotiations that are not yet finalized, the fundamental issue is that each student who attends PAUSD could potentially incur a deficit for the district. As the number of students from Stanford increases, the deficit will grow.

Austin argues that the amount paid by Stanford is in line with how much the average property pays in taxes.

“The average house right now generates to the school district about $6,000,” Austin said. “We end up with this giant number of $21,000 or $22,000 because most of the houses in Palo Alto don’t have kids. Most have no students at all, but they’re still paying the tax to the school district. Now this case with Stanford, we’re catching a dollar amount per student, it ends up being very, very in line with what the average house here pays per student.”

The logical flaw behind the deal

How to move forward

Since Stanford and Santa Clara County have not yet reached a deal, the county will host three more hearings in San Jose in the coming month to work out the details of the proposed expansion. See this list of community events regarding the GUP for exact dates and locations.

At this point, the County and Stanford have not yet reached a deal regarding how much housing is to be built, but it seems that the district and Stanford remain committed to their tentative agreement, regardless of the result of negotiations with the County.

But the fact that the County and Stanford are still working out a deal offers a window of opportunity for the district to negotiate a better deal, one that is guaranteed to be financially viable for the district no matter how much housing is built.

As the County is not obligated to grant Stanford the General Use Permit, the County should use its leverage to implement a safeguard to the deal, one that will prevent the school district from accruing excessive debt due to incoming students outnumbering the decline in enrollment.