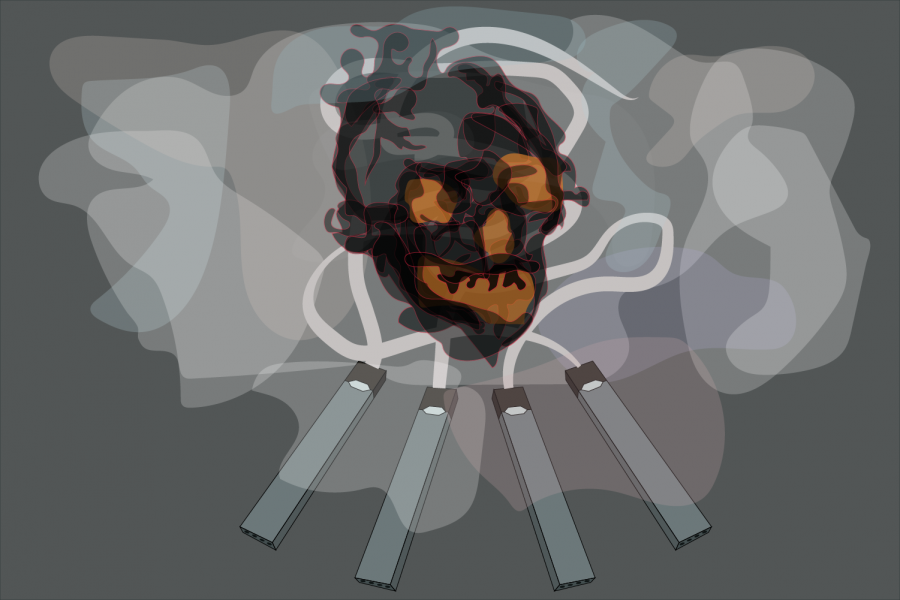 The committee was created in September, according to a statement by ASB President Pooja Akella and Board of Education Representative Ben Gordon.

“The first goal of the committee is to educate the student body on the adverse effects of vaping,” Akella and Gordon said. “We plan to put up posters and flyers around school that discuss the statistics released in the [CDC’s] recent report.”

Over the past few months, there have been 33 deaths and 1,479 illnesses confirmed to be related to the use of vape and e-cigarette products, according to the Centers for Disease Control. These deaths triggered many states to declare the issue a public health emergency and the CDC its Emergency Operations Center to aid investigations into mysterious vape-related deaths.

According to the statement, they believe teenage vaping stems from curiosity and the idea of rebellion and drug use being a right of passage.

The anti-vaping committee also hopes to host events that could start conversations among students about the consequences of vaping. They are also working with the PTSA’s anti-vaping group.

“One of the main goals of the committee is to begin to get students talking about vaping and to get conversations facilitated between students, parents, and school staff,” Akella and Gordon said.

The new vaping epidemic and illnesses have produced the first bits of data directly connecting the chemicals involved with vaping and e-cigarettes and the effects on the human body, the document stated. While ASB hopes students will listen to the data to change their habits, they recognize that this is not an issue that will go away quickly.

“[The anti-vaping movement] will require sustained effort over the years, including support on a local, state, and national scale,” Akella and Gordon said. “Nonetheless, the committee will […] plan town hall [events] to start the conversation, stay updated on national headlines and relay that information to students, and use student feedback to change future events.”

The CDC recommends that people do not purchase or use any products, including vape products, containing Tetrahydrocannabinol (THC), the main psychoactive compound in marijuana which produces the sensation of a high.

Both the CDC and FDA have published information against the use of vaping products, saying there is no safe nicotine product.

The ASB anti-vaping committee is hoping to shed light on vape-related news and the new discoveries that are being made on the health effects of these products.

Akella and Gordon said, “We hope that with data and an understanding of the consequences, students will outgrow this fad and change the campus culture.”