Speech and Debate teams with strong performances at Milpitas 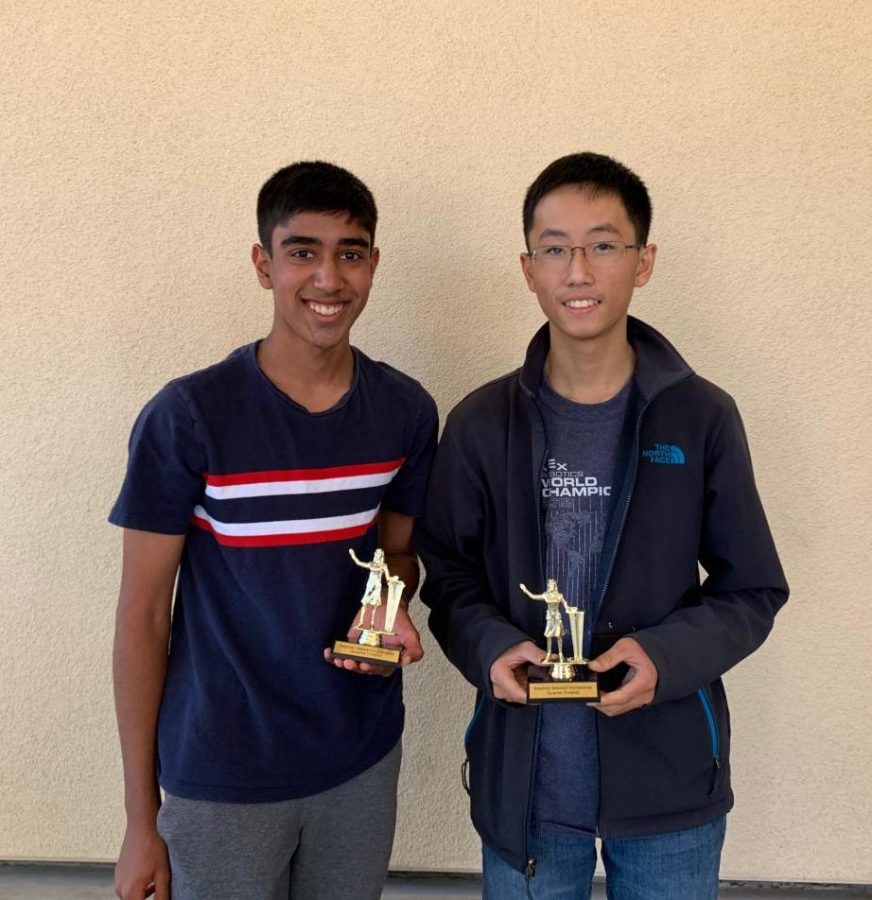 Though Qiu was seeded first after preliminary rounds, he fell to the 16th seed, Dheerj Jasuja from Leland High School in the octafinals. Jasuja won against Qiu in a close, 2-1 decision, and went on to finish first in LD.

“I didn’t like how I did my impact weighing in the last speech I gave in the round I was eliminated, which I suspect is why I lost,” Qiu stated in a text message.

Coach Jennie Savage said that she is impressed with the team’s performances across the various squads, especially this early in the season.

Kabir Bhatia and Nicholas Shinghal advanced to the finals at the Stephen Stewart Invitational tournament, where they lost on a 2-1 decision. Shantanu Deshpande and Matthew Cao advanced to the semifinals, and Jeffrey Tu and Rohan Suvarna made it to the quarterfinals.

“It’s fun to see that the Public Forum squad … grew organically,” Savage said. “It was from student demand and they’re doing really well.”

These debate veterans had experience in other events, but wanted to give something new a try.

“I thought it would be fun and more interesting to debate with Jeffrey [Tu] instead of doing it alone, as I did in LD,” Suvarna stated in a message.

According to Suvarna, he and his partner far surpassed their goal of going 2-3 at the tournament, going 5-1 and only losing to another Paly duo. Suvarna attributes much of their success to the coaching of Paly alumnus Jaiveer Sandhu, Class of 2018, who is temporarily serving as the team’s Public Forum coach.

Though Suvarna said he felt good about his performance at the second tournament of the year, he has set his sights higher for the rest of the season.

“Our original goal for this season was to break [make it to octafinals] by the end of the year,” Suvarna stated. “Now our new goal is to hopefully break at bigger tournaments like SCU [Santa Clara University] and perhaps make it all the way to the finals in a tournament.”

According to Savage, Paly automatically receives a number of slots each year that guarantees a number of debaters to attend the state qualification tournament. At some local competitions, debaters who remain undefeated or finish with a high ranking will earn a “wildcard” for additional competitors from their school to attend the state qualification tournament.

“Our Lincoln Douglas debaters are so strong, and we’ve had so many wildcards in the past that while other schools send seven students [to the state qualification tournament], we send 16 because our students have done so well at these preliminary tournaments,” Savage said.