Opinion: Serena’s reign is over⁠—why that’s good for all of us 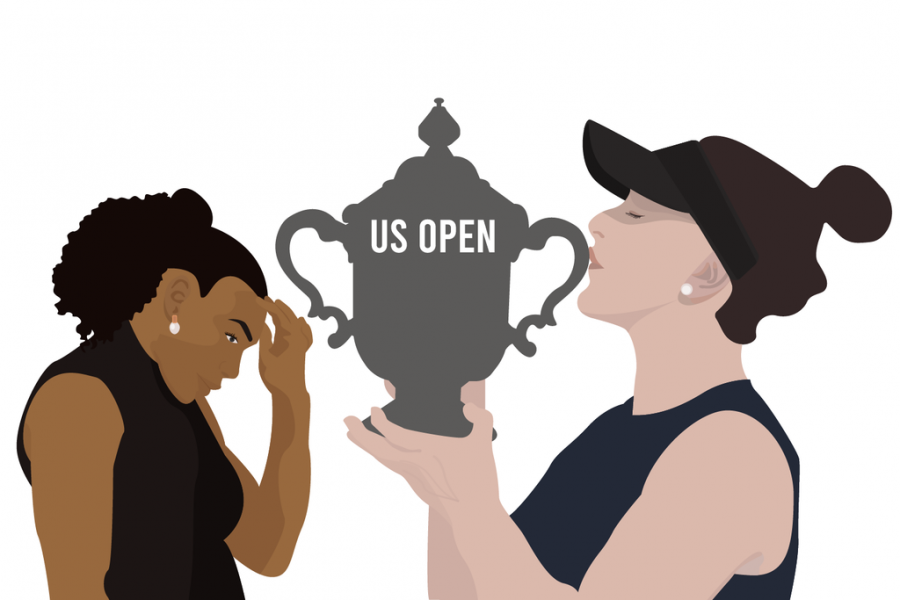 Bianca Andreescu kisses the 2019 U.S. Open trophy as Serena Williams looks down. The 19-year-old Canadian tennis player shows that it's time for younger athletes — and indeed all sorts of young people — to rise and for the older ones to go. Illustration: Amy Yu

What went down at the U.S. Open earlier this month is a story that relates to all of us who are struggling for recognition, waiting for someone older to move on⁠ — from the frosh-soph teams to underclassmen varsity athletes and beyond the world of sports. The captains won’t be the captains forever.

New to the international spotlight, Bianca Andreescu crushed legend Serena Williams in the final of the US Open 2019.

Although many underdogs have claimed the US Open title, there’s something about the 19-year-old Canadian that’s different. Is it the way she’s vocal on the court or how she thrives under pressure? Or that she may be the new Serena?

In 2017, Sloane Stephens magically won the US Open. Despite ranking in the thousands in women’s international tennis, she managed to win the US Open, but shortly after could barely make into the quarterfinals of any tournament. Then came Naomi Osaka, who also started with a low ranking but played so well that she defeated the legendary Williams in 2018. Her win was overshadowed by Williams’s “tragic” loss. The crowd booed Osaka’s wins and valid calls against Williams. But similar to Stephens, Osaka could barely make it to any quarterfinals after, even at the 2019 US Open where she had an early loss at round 3. Andreescu though, after winning Indian Wells Masters, one of the biggest tennis tournaments in the world, started rising through the ranks.

Andreescu edged into the spotlight when she beat Williams in the 2019 Canadian Open and made her way to the finals of her first US Open again to defeat Williams. In only a year, she has managed to go from 208th in the world to 14th.

Williams may be working hard to regain the abilities that she once had, but her reign has ended.

Williams has always been a great player, but I’ve grown tired of her crowd solely cheering for her.

Williams definitely changed tennis history forever from inspiring more female, black players to compete competitively, to winning 23 major titles. However, after stealing Osaka’s spotlight at last year’s US Open match and using her disadvantages to explain her losses when she really is not in the same shape as she was before, her time is up.

Here’s why this story matters.

Senior soccer player Samantha Pao can relate to Andreescu’s story. After playing two years on the junior varsity team, Pao rose to the varsity team and started becoming a significant player. She played in every game, scored goals, and became close with her fellow teammates. Now as a senior she will be one of the stars on the team.

“Last year, as a junior, I got more opportunities to play,” Pao says. “I felt like all my waiting was finally worth it.”

Many young high school athletes watch as seniors and juniors take charge, scoring goals, playing in all the games, being congratulated for their plays, and getting cheered on by supporters. And the younger players wish that they were in that position, but guess what? Their time will come. As the years go on, there will be opportunities to create bonds with coaches and fellow teammates, and to grow as Palo Alto High School players, and eventually their generation will rise to be the new stars.

So take heart, my fellow Vikings. Your time will come too.