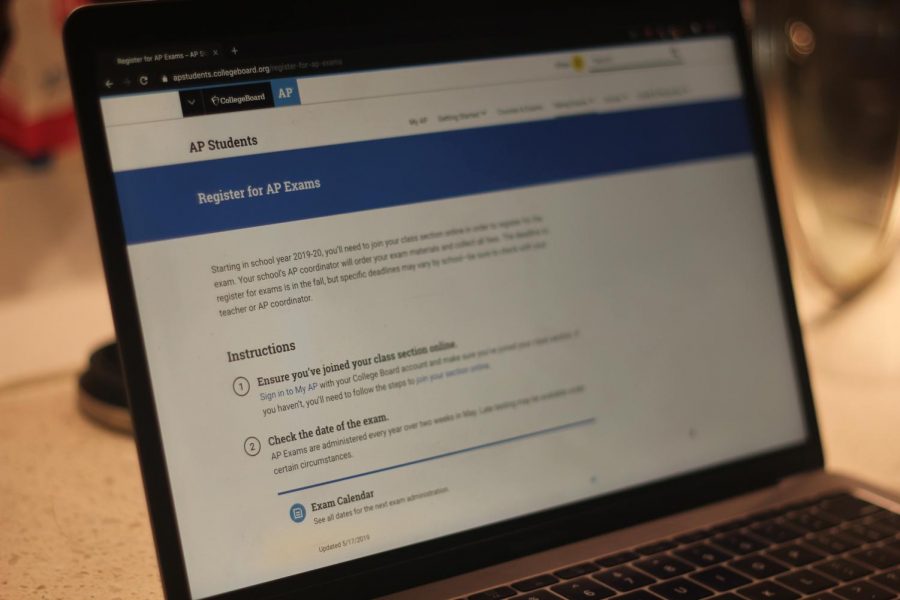 Update: As of September 24, the Palo Alto High School administration has sent a message to all students through infinite campus that goes over the registration process in more detail. This message can be found in the IC messages inbox.

According to Berkson, the deadline for AP test registration will be much earlier — Oct. 31 for Paly students — compared to previous years to comply with the College Board’s updated policy. The registration process itself will be similar, and students will still have to opt-in like in previous years through Total Registration, the test registration service that Paly uses to order AP exams. Additionally, Paly will no longer accommodate testing for students outside of the Palo Alto Unified School District, Berkson said.

The College Board, which published its changes earlier this year, outlined the new policies on its website and justified the change with the results of a fall registration pilot program two years ago. According to the College Board, the program found that “students are more engaged and less likely to give up” when they register early, which has resulted in higher passing rates, specifically among racially underrepresented, low income, and female STEM students.

“We saw an increase in scores of 3 or higher across multiple groups,” the College Board stated. “Moving the time of registration made a difference across the board, but it had the strongest effect for students who are traditionally underrepresented in AP.”

The results of the program are illustrated in the graph below.

Increases in passing scores (3 or higher) by demographic

Some teachers are not convinced yet by the study.

“I’m skeptical of what the College Board is claiming,” said Kindel Launer, one of Paly’s AP Language and Composition teachers. “We’ll wait and see.”

Many students also believe that the harms of the earlier registration deadline far outweigh any hypothetical benefits.

“I don’t really like it because I was planning on registering for AP exams after I checked into the score policy of the college that I get into — I can’t even do that anymore,” senior Ujjwal Nadhani said.

Since different colleges only qualify certain tests for college credit, seniors will no longer be able to only register for tests that will give them credit – by the end of October, most seniors will not know which college they are going to go to.

Junior Luc Stedman had a similar opinion. “It would be better overall if it was back the way it was,” Stedman said. “I think it’s a bit obnoxious that you have to think that far ahead.”

Berkson, who is currently managing the transition in the AP program at Paly, says he is optimistic about the shift.

“It’s all new and we are all learning on this one,” Berkson said. “It will all work out.”

The Paly administration will release more information in the coming weeks regarding how to register for AP tests for classes that students are not currently enrolled in as well as other nuances of the new change.