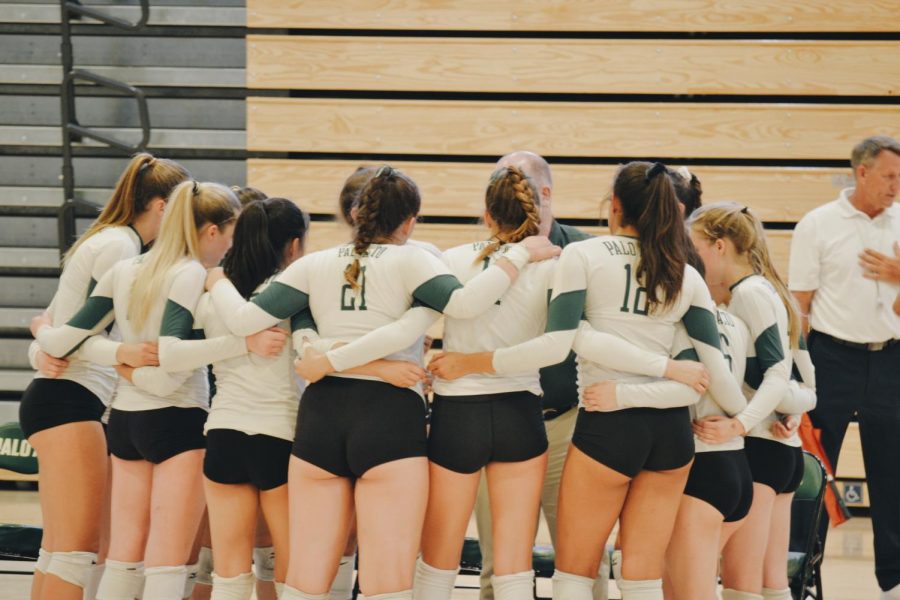 After a close game with many fans on the edge of their seats, the Palo Alto High School girls’ volleyball team (3-4) lost to Saint Francis (14-0), 3-2, Tuesday night at Paly.

“I really thought we did a good job in the beginning of the game shutting down their best hitter,” Senior captain Grace Thayer said.

During the second set, the score remained close throughout. Saint Francis took the win by a narrow two points at 25-23.

The third resulted in a win for Paly 25-18. According to junior setter Kylie Mies, many players on the team are trying out new positions this year.

“We are just starting to adapt to that,” Mies said.  “But, I know that in the future, our players will continue to feel more comfortable in these new positions and start to get some big swings and kills.”

The last two sets were also victories for Saint Francis, the fourth ending with a score of 25-22 and the fifth with a Saint Francis lead of 15-8.

“We struggled a lot with letting up and giving [the other] team the win after we had played an entire set with the lead,” Thayer said. “It’s mentally really frustrating to be in the game and just see them slowly catching up … and I know a lot of girls felt the same.”

Thayer said, “Like our coach always says, it’s a bad thing but a good thing to know that all we have to do is clean up our game and we should be able to kill these teams [that] we lose to by a few points.”