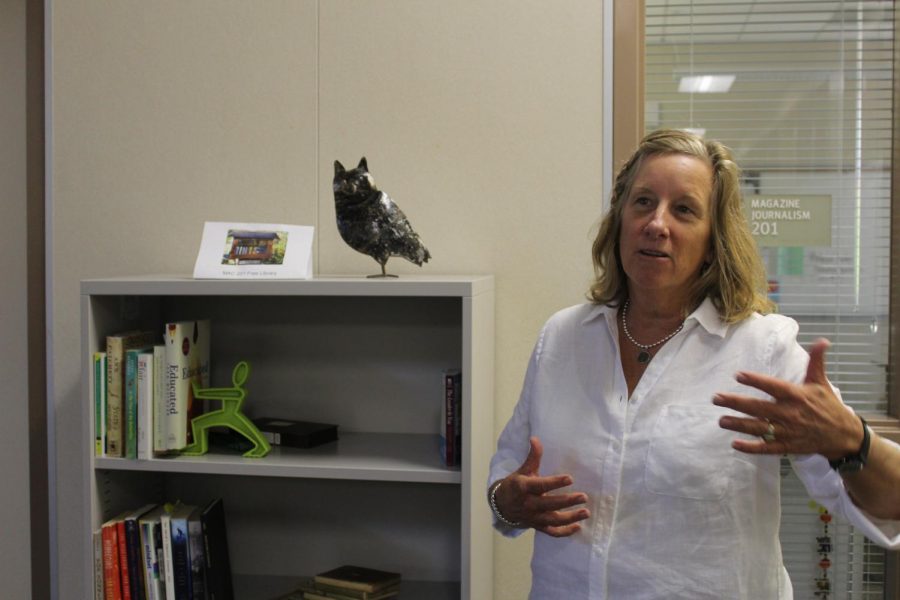 Kindel Launer discusses her thoughts on the district’s upcoming proposed funding for students with dyslexia. Launer has worked with special needs students in the past and believes that the plan to introduce early dyslexia screening will help close the achievement gap among students. “I'm looking forward to our ongoing work as a faculty and staff in supporting kids in that way,” Launer said.

The district will spend $68,000 on dyslexia instructional and assessment programs to address gaps in achievement for special needs students, Austin told The Paly Voice during a talk with The Paly Voice last week.

Given that roughly 20% of all students have some form of dyslexia, early screening at various stages offers the opportunity for teachers to pull aside students who are struggling and give them the help they need, according to Austin.

“If you’re seeing words differently, and people are just interpreting that as ‘This student can’t read’ and ‘We’re just having a hard time teaching them’ — it’s that they can’t read words the same way we see them,” Austin said.

In addition, Austin said that in this coming fall, the District will begin high-level training for classroom aides to work one-on-one with dyslexic students.

Early screening and individual attention is critical, especially since the research on dyslexia is still ongoing, according to AP Language and Composition teacher Kindel Launer, who has worked with dyslexic students in the past.

According to Launer, dyslexia is something that needs to be addressed throughout one’s education, specifically when academics become more challenging in high school.

“What happens is that kids will sometimes not take rigorous classes because they’re concerned that their reading ability will interfere with access,” Launer said. “And it’s not just in English class; we read in science class or math class, all those pieces are really critical.”