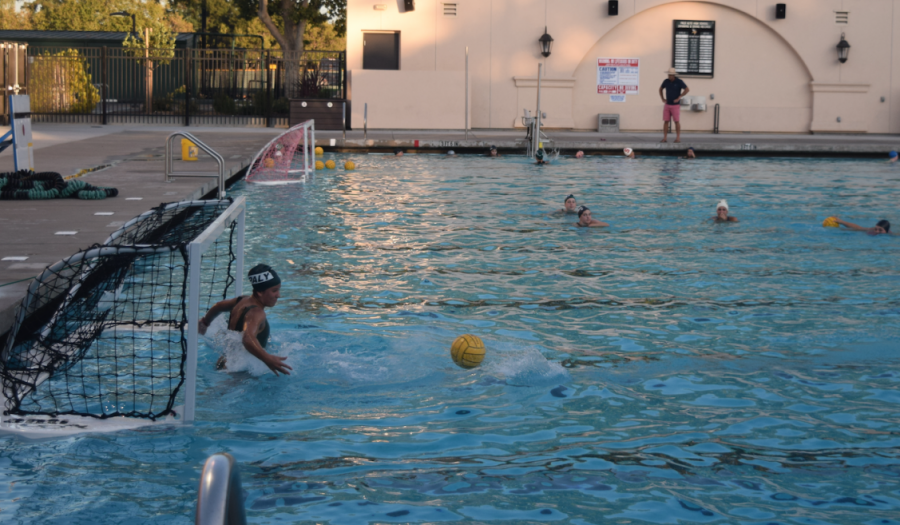 As it kicks off its season, the Palo Alto High School girls’ water polo team is looking to place top three in league, among other goals.

Paly has placed 6th out of seven in the De Anza league, one of the most competitive leagues in CCS, for the past two years, according to Stotland. However, Stotland is confident that his players can succeed during league if they play aggressively.

“The biggest thing that separates us from the elite teams in the area is how much more physical they are,” Stotland stated in an email to The Paly Voice. “We’re competitive and hard-working, but water polo is a physical sport, so we need to get comfortable playing more physical than we have to date.”

Stotland also said that although the team went 7-14 last season, its record does not represent the players’ hard work and growth.

“The improvement showed up in closer games but not in wins,” Stotland said. “We were proud of the work we did, how much we improved, but ended the season hungry to see all of that reflected in more dubs.”

According to Stotland, last year’s starting lineup consisted of several young players who were fairly new to the sport. However, senior captain Alexandra Lee says that the players have been honing their skills during the offseason. Although four seniors graduated last year, Lee said practice and hard work has made up for that loss.

“Everyone has an impact on the team, but in terms of our starting lineup, we only lost one starter and our goalie,” Lee stated over text. “And everyone has been working super hard in the offseason, so we have way more depth than last year to fill that gap.”

The team may have lost its starting goalie, but Stotland hopes that junior Andie Tetzlaff can succeed in the position this season.

“She has worked hard during the offseason to take her goalie skills to a whole new level,” Stotland said. “She has looked great in practice so far so the team is optimistic having her in the cage.”

Although Stotland is confident in his players’ skills, he believes that collaborating as a team is also an important factor of success.

“Our team is deeper, faster, more skilled and experienced than we were last year, so we should be more competitive,” Stotland said. “Our biggest challenge will be to come together as a true team instead of a collection of talented individuals. If we do that, we should make some noise in our league.”

The Vikings’ first game is away against last year’s Division 2 champion Menlo School on Wednesday, followed by a home match against Castilleja School on Saturday.

“Both teams were stronger than us last year, so [it] will be good to see where we are for 2019,” Stotland said.