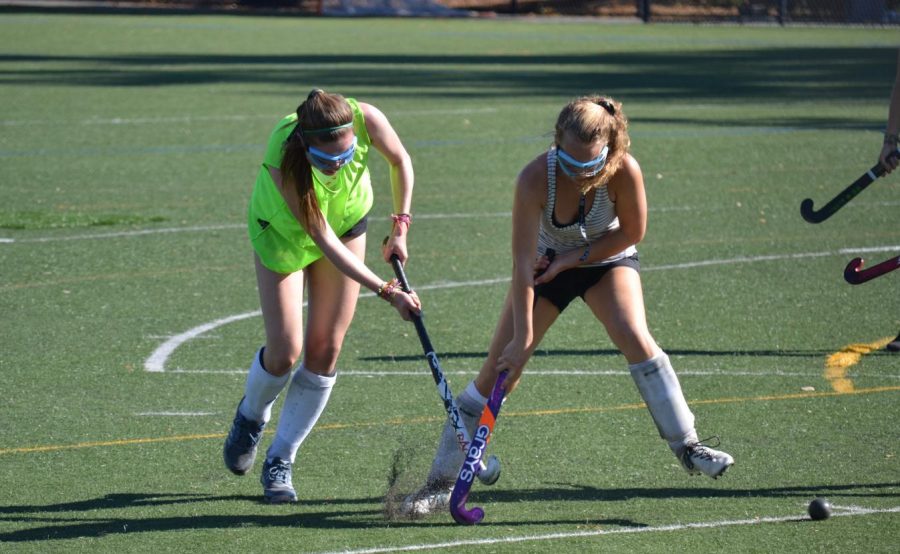 In its second year of competition, the Palo Alto High School field hockey team has expanded its ranks and hopes, aiming to build upon the previous season’s progress.

In hopes of having enough players to make both a JV and Varsity team, field hockey coach Jenny Crane didn’t cut any of the 22 girls who tried out this year.

“That means we have a lot more girls than I would usually keep on a varsity team,” Crane said.

Working with a few parents and former Athletic Director Therren Wilburn to start Paly’s field hockey program, Crane led the team in its inaugural season. Coming into the team’s second year, Crane says she’d hoped for enough players for two teams. But unlike more commonly played sports like soccer or volleyball, field hockey at Paly has struggled in gaining popularity.

“It’s what I would describe as like an unusual sport,” Crane said. “It’s not mainstream, so students don’t really know about it.”

According to Crane, spreading information about the sport prior to tryouts next year might help recruit new players.

“It [playing field hockey] can be a little bit intimidating for students who have never played the sport before,” Crane said. “Making yourself vulnerable to try a new sport is not the easiest thing to do.”

Last year’s team was composed almost entirely of novice players. This year is different. But according to Crane, it’s more important than ever that returning players take ownership of their growth as well as the collective development of the team.

“[Last year] we were all kind of in the same boat, because most of us hadn’t really played before,” junior Madeline Lohse said. “Since there’s a lot of new players coming in, I want to have that same type of teamwork. If you don’t, then it’s really hard to play games because you don’t know where people are.”

Though it’s important to develop the skills of returning and novice players alike, Crane says she thinks that the team needs to learn how to work with the experience gap between players.

“I would challenge the returning players to really take the new players under their wings and help guide them and make them better,” Crane said. “Like teaching them when I’m not around, stepping up and taking a leadership role to help those girls.”

Junior Lexi Gwyn, one of last season’s captains, is going into her 7th year of playing field hockey. She also sees potential issues that may arise from the number of players on this year’s team.

“I think a challenge will be that not a lot of the girls are going to get to play in games a lot, or even at all,” Gwyn said. “It’s really important that you play in a game, because it kind of brings up your spirits.”

Last year, Palo Alto High School’s first field hockey team ever overcame some initial struggles to finish the season with a record of 2-14.

“We’ve come so far from not knowing how to even hit a ball, or pass the ball, to by the end of the season winning one of our final games,” Lohse said.

“It’s really amazing to see that growth in just one year, and then being able to watch them teach the new kids that are trying out,” Gwyn said. “It just gives me a lot of hope.”

The Vikings’ first league game is against St. Francis on Sept. 17 at home.