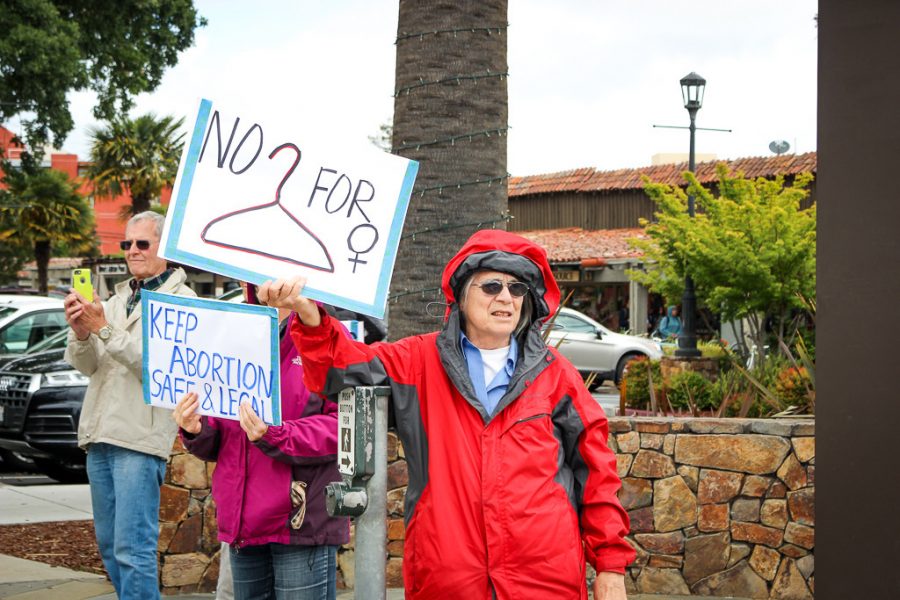 In response to recent abortion laws being passed in the South, Palo Alto High School students and students across the nation are bringing awareness about the issue by posting their reactions on social media.

In the past few weeks, states in the South, including Alabama and Georgia, passed the most restrictive abortion laws the nation has seen, post-Roe v. Wade. These laws make abortions a felony, with no exceptions for cases involving incest or rape. In addition, some states allow individual healthcare providers to refuse to participate in an abortion or make it difficult to impossible for women to find the means to get an abortion.

The advancement of these restrictive abortion laws is taking a step backwards for women’s rights and encouraging lawmakers to cross the line between church and state.

Ever since the Alabama bill was signed by Gov. Kay Ivey, pro-choice students have been using social media to express their strong disagreement. Students have shared Instagram posts and stories that show political cartoons and public tweets, criticizing the new laws and their respective lawmakers.

Bringing awareness about the issue is important and a good step in the right direction, but does it really make a difference?

While social media is great for informing the public about the issue, once everyone is aware, there is no point of continuing the same actions. Instead, different kinds of effort should be made to combat these restrictions.

Registering to vote is one way to make effective change for the future. In California, when students are 16 and 17, the law allows pre-registration for voting. By doing this, students are able to vote immediately when they turn 18.

Another way people can take action to change the Alabama law is writing letters to state representatives and legislators, such as Anna Eshoo or Zoe Lofgren.

On the May 21 protest at the corner of Town and Country, groups from the Women’s International League for Peace and Freedom Group in Palo Alto (WILPF) and the Raging Grannies, a group of women who protest against unfair events, came together to protest against the abortion laws and suggested ways in which students help make a difference.

“You can also do postcards, that helps,” Judith Dean said, a fellow pro-choice advocate at Tuesday’s protest and part of the Raging Grannies said. “I think you can do calling [to government officials].”

There are also groups and organizations, both local and national, who work together to combat these injustices. Facebook groups such as the Women’s International League, Code Pink and Sister Districts Project are all women’s rights groups who organize these events and protests.

The WILPF also has a Palo Alto group and their own Facebook page.  According to Judy Adams, a member of WILPF in Palo Alto, all it takes is a quick Facebook message to get involved, and volunteers of any age can participate in their activities.

“A lot of small things all together will build up to make a difference,” Dean said.  “If all the women stick together and do what they can, it’s a pretty powerful force.”

Every little thing counts to make sure that laws which restrict a women’s right to choose to have an abortion, that prohibit women’s freedom, will never be instituted.