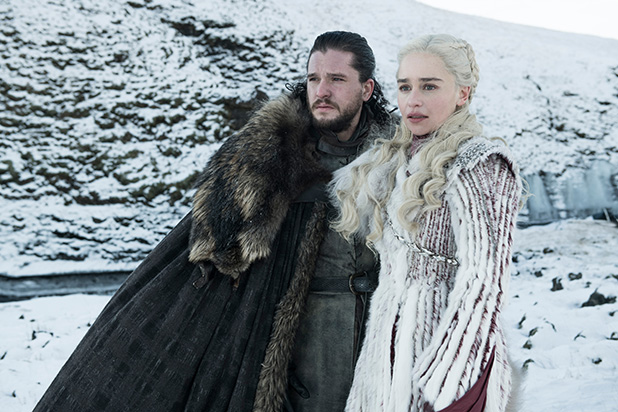 Fire-breathing dragons, ancient ice monsters, political intrigue, heart-wrenching turns, and unexpected plot twists: a recipe for an amazing fantasy show. For most of its duration, HBO’s critically acclaimed “Game of Thrones” has consistently delivered for its loyal fans. The show is enormously popular: Statista estimates that 10.11 million viewers tuned in for the first episode of Season 7, which premiered last year.

The eighth and final season was supposed to be the season to tie the many carefully cultivated story threads together into one epic, satisfying conclusion. Six weeks ago, we tuned in with the expectation that battles would be fought, love would be professed, main characters would die and revelations would be unearthed but ultimately, we would leave the show feeling bittersweet: that it ended, but it ended well.

Each one of these expectations was fulfilled — except for the last one.

Raw numbers are one indication of how far Season 8 has fallen in the fans’ eyes. According to IMDb, a website that rates and collects statistics about movies, “Game of Thrones” episodes have consistently scored nine or eight stars out of 10. But the series finale, “The Iron Throne,” which premiered on Saturday, panned out at a disappointing score of 4.4.

Although this may be surprising, it is the logical conclusion of a season that had been wracked with continuity errors, questionable plot holes, and general bad writing from the start.

“Game of Thrones” is a character-driven story: it is defined by the compelling, well-written characters and the amazing performances by the actors that play them. The show has gone through a host of directors and writers in the past, but overall, every character’s arc has stayed on the relatively same trajectory.

Tyrion Lannister (Peter Dinklage), the cynical, devious dwarf, has gradually shed his distrust of power and powerful people to loyally serve a queen that he truly believes in. Jon Snow (Kit Harington) shed his bastard status to become commander of the Night’s Watch, then King in the North, and finally, after Season 7, the rightful king of the seven kingdoms.

But during Season 8, nearly every character and their arcs were distorted beyond recognition. The former fan favorite Daenerys Targaryen (Emilia Clarke), loved for her benevolence and potential to be a good ruler, makes a 180-degree turn by roasting her would-be subjects alive in the series finale. Jon, the inspiring, headstrong leader with a keen sense for justice, chooses to blindly follow Daenerys even as she spirals into madness.

As for Tyrion, his entire character is hurtled through the window. Gone are his witty aphorisms and devious political trickeries. The Tyrion of today seems only capable of making one bad decision after another with none of his characteristic humor. It’s as if the show’s writers, David Benioff and D. B. Weiss, wrote the essence of Tyrion’s and Jon’s characters out of existence.

Clarke, Harington, Dinklage, Nikolaj Coster-Waldau, Lena Headey and many others all played their parts capably and masterfully. There’s no shortage of beautiful moments of raw emotion in this season — Tyrion when he discovers the corpses of his brother and sister after they were killed by the queen he pledged his life to, Daenerys when she finally crosses the threshold to “evil queen” mode before ravaging King’s Landing and killing millions of innocents.

But an actor’s performance is only as effective as the context for their actions and the lines they deliver, both of which were flubbed by hacky writing.

Season 8 is plagued with strange and uncharacteristic writing decisions. Jon Snow’s true parentage, one of the most important revelations in the show that was confirmed in Season 6 to the delight of thousands of internet theorists, was rendered utterly pointless.

Another elephant in the room — or rather, lack thereof — is the “might” of the Golden Company from Essos. For the last two seasons, characters in the show have teased at the power of the Golden Company, funded by the Iron Bank, the most powerful financial institution in the world. Fans were promised legions of elite, well-equipped troops leading hordes of elephants, and instead received a pushover group of infantrymen that collectively received five minutes of screen time — and no elephants.

However, the biggest letdown definitely came from the frosty white walkers in the north. Seven seasons of suspenseful build-up led to an anticlimactic “final” battle lasting only one episode. Many questions about the white walkers’ purpose, like what their goal was, remained unanswered; so many, in fact, that it feels like Benioff and Weiss did not know the answer either. They planned on subverting viewer expectations this season, but making bad plot changes is not the way to do it.

Other plot points make little sense or feel poorly done. Legions of Unsullied and Dothraki, foreign troops that killed and died for the queen that led them across an ocean to a foreign continent, simply pack up their belongings and leave peacefully after she dies. Euron Greyjoy (Pilou Asbaek), once an annoying but minor character, somehow becomes Daenerys’s most dangerous enemy through the destruction of her fleet, the kidnapping of her closest friend, and the slaying of one of her dragons, for no other reason than to drive her insane.

Varys (Conleth Hill), the devious and politically savvy spymaster of the show, is burnt alive for his decision to spread the word about Jon’s rightful status as king, yet nothing ever comes of his final action, as Jon is simply banished North in an unsatisfying return to his original bastard roots.

But the decision that has arguably drawn the most ire from fans is the appointment of Bran Stark (Isaac Hempstead Wright) as king. Bran was crippled when Jaime Lannister (Nikolaj Coster-Waldau) pushed him out of a tower in Season 1. Sure, he might have poorly defined all-seeing magical powers as a result of seven seasons of tutelage under the Three Eyed Raven, but other characters have much more compelling reasons to take the throne. Jon and Daenerys are both much more experienced leaders who have fought and bled for it, yet Bran gets the throne because of his ability to tell “stories,” as Tyrion unconvincingly puts it.

“Game of Thrones” was never about the magic or the dragons — it was about power, blood, loyalty, betrayal, and struggle — yet Bran’s only qualification to rule is exactly that. Sure, it subverts expectations, but plot twists are only satisfying when they make logical sense and feel “in context” with the rest of the story, neither of which Bran’s appointment fulfills.

So what happened to “Game of Thrones”? Part of the reason that the latter half of Season 8 has been almost universally panned is a disagreement between the show’s directors David Benioff and D. B. Weiss and HBO. In an interview with Entertainment Weekly, Benioff and Weiss mentioned that HBO had offered them more time and money to film more episodes and even more seasons. Benioff and Weiss disagreed.

However, more time is exactly what a gargantuan show like “Game of Thrones” needed, and partially why series author George R. R. Martin’s books have been delayed over and over again. The show is simply too big to wrap up in six episodes. Ultimately, the writers’ attempt to do so feels ham-handed and completely unlike the relatively sedentary pace at which the show progressed in its earlier seasons.

One explanation for this is that the show has been off the books for some time. An often-overlooked facet of “Game of Thrones” is that it’s actually a TV adaptation of a book series titled “A Song of Ice and Fire” by George R. R. Martin (which Benioff and Weiss awkwardly tried to include a reference to in the final minutes of the series finale).

According to an article published online by Wired, Martin has described his own style of writing as “gardening:” He carefully cultivates different characters over a long period of time, building them up and fleshing them out. While this has the effect of creating amazing stories, as a consequence these stories can take a long time to build, which is why Martin’s upcoming book, “The Winds of Winter”, has been delayed over and over again.

Since Benioff and Weiss stopped adapting Martin’s material and started creating their own, they have adopted a different style of writing at the polar opposite of Martin’s: one in which they disregarded worldbuilding for wrapping up the series as quickly as possible. But as a result, characters change rapidly and uncharacteristically because the Benioff and Weiss write them to be how they need to be in that moment to progress the story, and improbable plot details occur to quickly and messily tie up loose ends.

This has been happening as far back as Season 7: when long-lost Benjen Stark (Joseph Mawle) appears out of nowhere for no reason other than to save Jon in a moment of peril before dying almost 60 seconds after, it’s clear that he is nothing more than a deus ex machina to maneuver Jon into the right place for the finale.

The cinematography, acting, musical masterpieces by Ramin Djawadi, and set design were all spot on. But no matter how amazing these pieces are, they do not form a complete picture without the core of any great show: writing and story. Without these key components, “Game of Thrones” floundered and tripped up in what should have been its victory lap to seal off eight years of wonder.