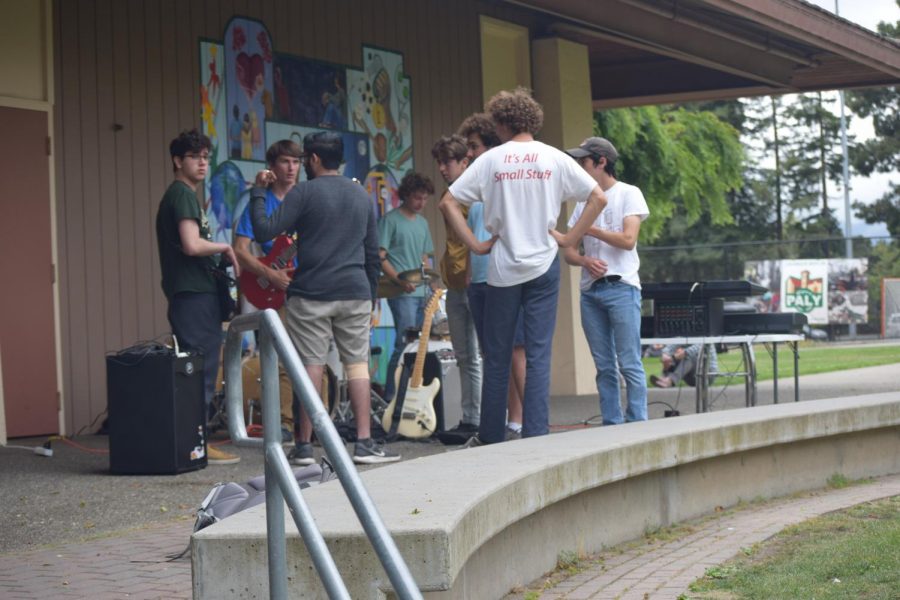 Members of the band Good, Fast, Cheap look to reschedule their performance after being forced to stop playing at Palo Alto High School’s Quadchella for fear that the volume of the music would disrupt Advanced Placement testing taking place in the library yesterday during lunch.

At first, the band was asked to turn the speaker volume down; however, midway through its second song, the band was forced to pack up its instruments at the request of Student Activities Director Matt Hall.

After weeks of practice and preparation leading up to the event, sophomore band member Bry Sid expressed disappointment in the outcome.

“We were told we were allowed to play, and then during the performance, we got shut down,” Sid said. “It was a really unfortunate event.”

Although the AP English Language and Composition exam was scheduled to end at noon, the test ran overtime, so the band stopped playing to minimize distractions.

Both Garage Mahal and Paly K-Pop were expected to perform today, but the show was canceled due to AP testing and continuous rain. With testing and a forecast of rain on the agenda for tomorrow as well, it is questionable whether the anticipated group, Oscar’s Band Tribute Band, will be allowed to perform.

Sid is unsure if they will be able to reschedule his band’s performance given not only the weather and testing, but that there is also already another band lined up for the final day of the music festival.

“We hope that we will be playing again, but it’s very unpredictable,” Sid said.