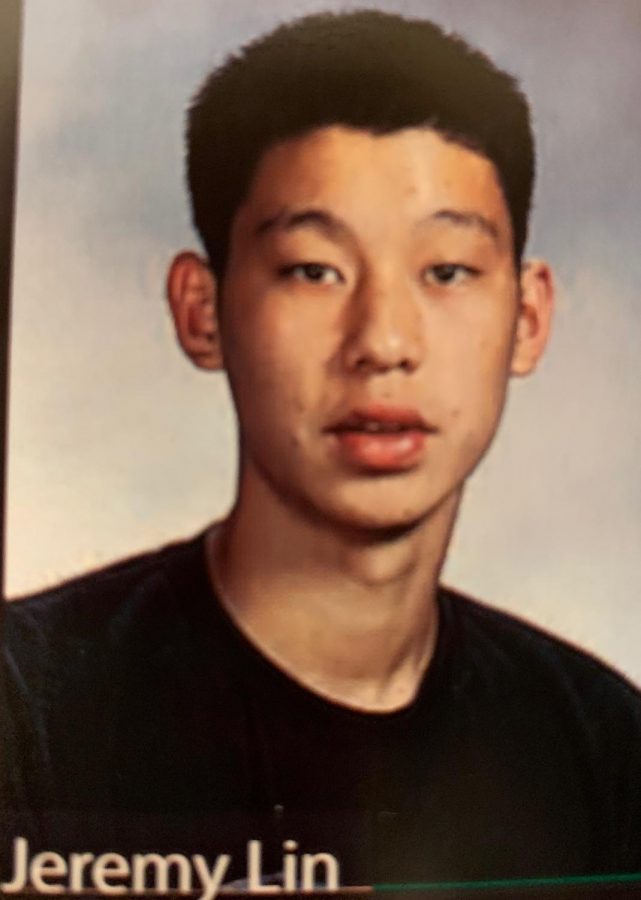 “Five tenths of a second remaining. Linsanity continues.” Tumultuous applause rolled over the Toronto Raptors stadium on the night of Feb. 14, 2012 as spectators gave the rising star a standing ovation for sinking a game-winning shot.

Both a minority and an underdog in the National Basketball Association, Jeremy Lin commanded respect from the Raptors fans despite playing for the Knicks at the time.

The 23-year-old electrified the basketball world with a streak of jaw-dropping performances in 2012, inspiring the “Linsanity” phenomenon. “Linsanity,” a play on words with Lin’s name and “insanity,” describes the unexpected transformation of a player at risk of being cut from the team to a worldwide superstar. Nobody had ever made an entrance like Lin.

After playing for Palo Alto High School, Lin was an invited walk-on for the Crimson, Harvard’s basketball team. Despite being an all-conference player in the Ivy League for three years, his professional career got off to a slow start.

Lin was undrafted out of college, but eventually joined the Golden State Warriors. He then played for the New York Knicks, Houston Rockets, Los Angeles Lakers, Charlotte Hornets, Brooklyn Nets and Atlanta Hawks before finally joining the Raptors.

Lin’s basketball career took off with a seven-game winning streak on the Knicks in 2012 in which he scored a total of 171 points. His popularity soared instantly, with many fans in both America and China. As one of the NBA’s first Asian American players, Lin overcame stereotypes of his race and became a role model for aspiring Asian players over the globe.

Lin was point guard and co-captain of Paly’s basketball team his senior year, averaging 7.7 PPG, 3.0 RPG, 2.9 APG, 2.5 SPG and 41% FG. That year, the Vikings won the state championships for basketball, and Lin won Northern California Player of the Year.

“He was a very strong leader, that was always one of his largest strengths. As a high school student he would always speak his mind and tell the other guys what they should be doing regardless of any sort of consequences,” Peter Diepenbrock, Lin’s basketball coach, said.

That year, the Vikings won the state championships for basketball and Lin won Northern California Player of the Year.

“Jeremy played with no fear, and this set the tone for the team. Even the games where we were underdogs, his mindset never changed, and in turn ours didn’t either. We played with confidence and a plan to win,” Kheaton Scott, one of Lin’s teammates, said.

Besides playing for the basketball team, Lin was also a member of the Christian Club and is known for being outspoken about his religious beliefs.

He is an integral part of the city’s history. The Paly gym features a prominent painting of him by artist Lauren Kerr, and the basketball courts at Mitchell Park Community Center still feature a sign that reads, “Jeremy Lin played here.”

“It’s just been a fun, fun ride. [It’s] very exciting to have a relationship with somebody at the highest level,” Diepenbrock said.