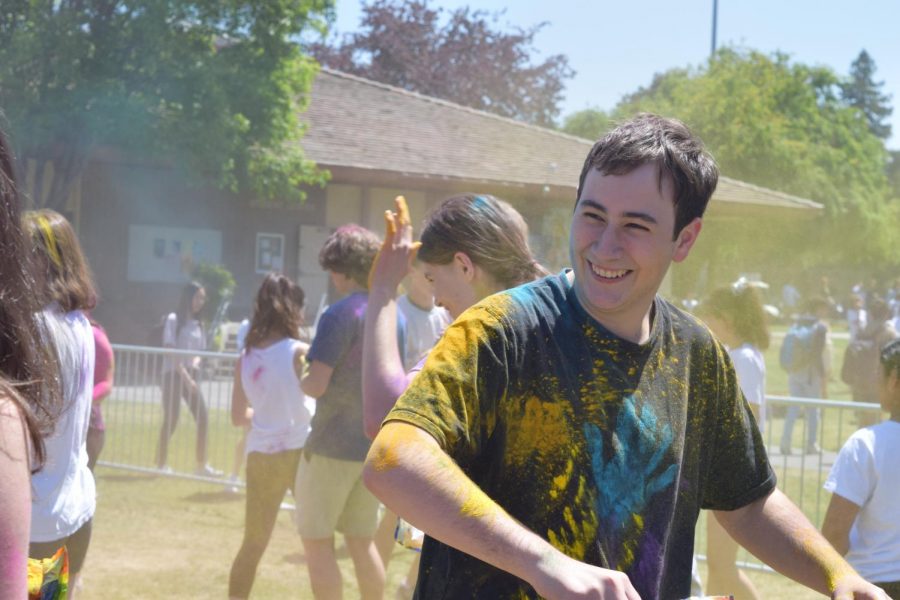 The Palo Alto High School World Fest, a celebration of the student body’s diversity and culture, took place during lunch and tutorial on Friday on the Quad, led by the Paly Associated Student Body.

During lunch, clubs including the Jewish Student Union and LatinX held interactive games for students to participate in, from Mahjong to La Lotería. ASB members also handed out free crepes and cream puffs to hungry students.

During tutorial, students could enter a blocked-off section of the Quad to participate in the Holi event. ASB provided packets of colored powder for students to toss at each other during the festivities. Senior Riya Kumar helped organize the Holi event.

“I’ve personally gotten to play Holi on other occasions and find it super fun because it’s something that almost anyone can participate in and is visually really cool,” Kumar said. “I thought it would be fun to share this event with Paly since not only do people learn more about another culture but they can have fun.”

Check out the slideshow below to see more of this year’s The Paly World Fest.