Column: How free is freedom of press? 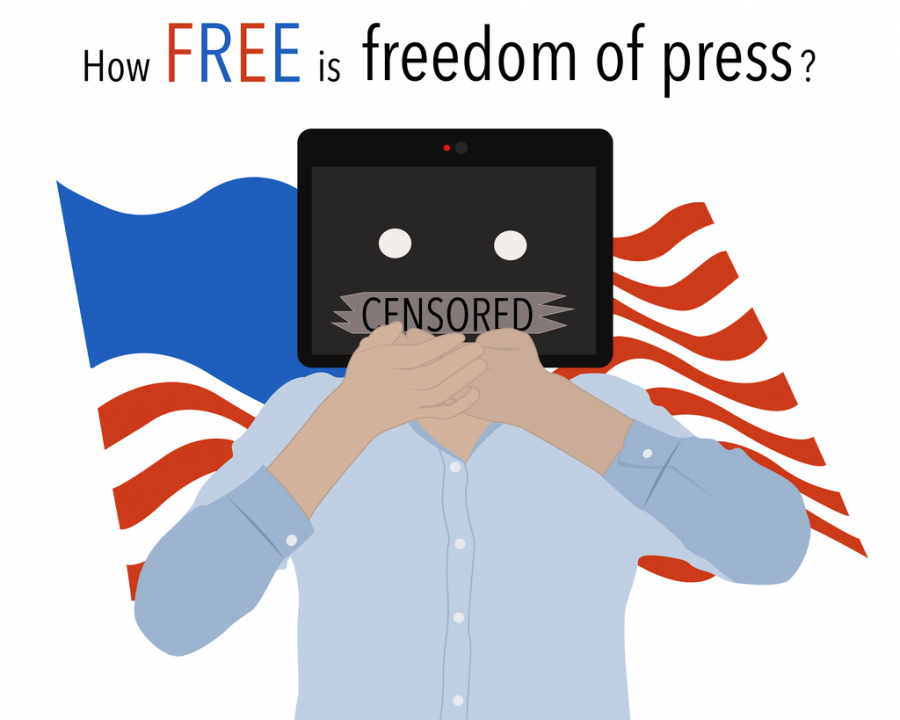 How much do you value freedom of speech? Enough to fight for it? Enough to defend even the most challenging kinds of expression?

Today, on World Press Freedom Day, a day when UNESCO  is asking us to to contemplate a world without a free press, such a fight is taking place at a school just 80 miles east of us.

As we write this column, the Bruin Voice, a high school publication from Bear Creek High School in Stockton, California, is being pressured by school administrators, and it’s adviser’s job being put into jeopardy. The reason: a profile, just published in an issue, on a classmate who works in the pornography industry.

California’s education code 48907 is clear on whether a story of this nature can be published. If the story doesn’t include libel, obscenity or a call to threaten the orderly operations of a school, then administrators cannot stand the way of it being published.

As members of the Palo Alto High School Journalism program, we participate in has one of the most independent student-led-run departments in the country, by far. According to journalism adviser Rodney Satterthwaite, Paly publications are 95 percent student-led and run, with the remaining five percent for advisers to review and edit students writing.  As journalists, we are able to write and report on an astronomical number of topics and events, that many high school students elsewhere aren’t granted the freedom to cover.

Participating in The Paly Voice has taught us both the importance of using our positions as student journalists to express our voices, to appreciate how much our individual voices are valued, not just by our peers but by our community, and to recognize students at other schools who aren’t allowed the same freedoms.

Over the weekend we, accompanied by students from various other Paly publications, joined student journalists from all around the nation – and in some cases, the globe —  in Anaheim, California, to attend the bi-annual convention of the National Scholastic Press Association and Journalism Education Association. We had the opportunity to attend informative lessons, and receive critiques from advisers. Additionally, we led a panel titled “Pushing the Envelope in Web Journalism” where we spoke with representatives from four different schools on the importance and power of web journalism.  Reflecting back on our time at the convention, the most profound lesson left on us is the value of student voices, how genuinely important it is in the world, and the desperate need for more.

One featured panelist spoke about her experiences with censorship in her publication at her international school, and the adversity she and her staff constantly face regarding her school’s administration, with an administration that regularly exercises censorship. According to the panelist, the administration at her school reads all of their articles before they are published, and most times they are rejected.

Hearing about this issue made us realize that many times we take our freedom of speech for granted. Rarely have we had to face the opposition of administration when attempting to publish a story, whether it might seem controversial or not. Instead of trying to censor our work and diminish our voices, our advisers encourage and guide us to continue to do so.

With this freedom comes the feeling of responsibility to question all administrators and media that try to diminish students’ voices. Just because we have the freedom to express it doesn’t mean we shouldn’t vouch for those who don’t. The only way other student journalists can keep producing and sharing their voices is if all student journalists are granted that outlet.

Now, as we wait to see what will happen with the Bruin Voice and its adviser, we question why the First Amendment is not always being applied to in this country.

Fight on, Bruin Voice. We are with you. We all should be with you.

Be sure to take a look at the profile here.