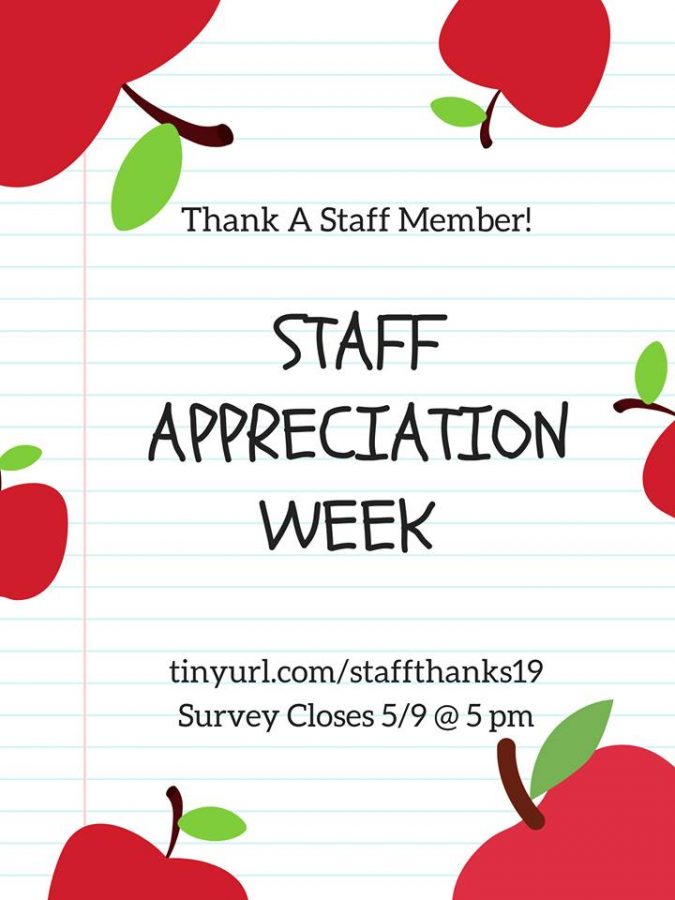 The third-annual staff appreciation survey, organized by Palo Alto High School’s Associated student body, is now online for students to submit comments to teachers that have made a significant impact on them this past school year.

According to student activities director Matt Hall, the idea for the survey was first introduced to him by another activities director at a conference he attended about three years ago. Hall then brought the idea to Paly, and it has been a successful addition as one of the many things ASB organizes throughout the school year.

“[The student activities director] presented the idea to us as something that they did at their school,” Hall said. “It took us a little while to get it started, but then we did it in 2017, and of course in 2018.”

The survey is a great opportunity for students to express gratitude to their teachers in a different way than they normally would. Junior Alana Abeyta is one of the students that has filled out the survey for a couple of her teachers.

“I think the survey is a great way for students to communicate positively with their teachers,” Abeyta said. “They can show appreciation that they might not show face-to-face.”

The survey can be filled out by any Paly student, staff member, alumni, or parent, and is completely anonymous. Once all the responses are submitted, they will be collected and distributed to staff by the ASB officers.

“After we’ve got all the responses, I save the spreadsheet into a Word document, where they [ASB officers] can easily deliver them to the staff members,” Hall said.

In addition to the survey, a video featuring the reactions of staff reading their comments is made by [the] ASB officers. Sometimes Hall and the ASB officers will spot a unique and meaningful comment, which will then be featured in the reaction video.

“We go to them [the staff member] and say ‘read the highlighted one for us real quick’, and then we film them,” Hall said.

Not all staff members can be featured in the video. According to Hall, only about 20-30 are chosen to read their comments aloud.

To make the video as candid as possible, the staff members see their comments for the first as they are being filmed.

Take a couple of minutes to appreciate the staff members that have helped you or made a big impact on you this school year. The survey will close on Thursday, May 9.

The survey can be found here: http://tinyurl.com/staffthanks19