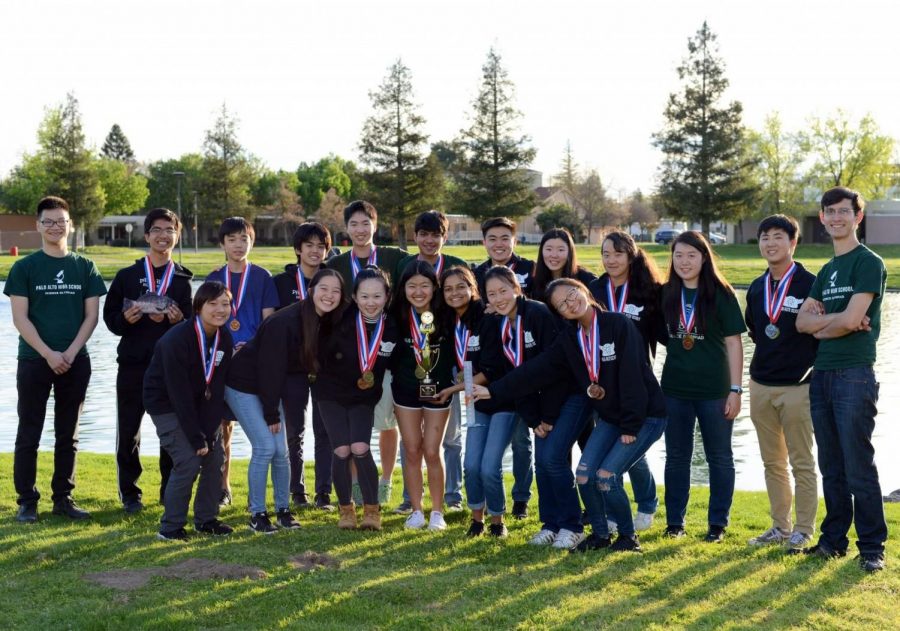 According to team co-captain Julie Meng, the team participated in 23 events and scored 17 medals, seven of which were first place. The Vikings did not qualify for nationals, finishing in third place, eight points behind second-place finisher Mountain View.

“I would say that this is actually one of our strongest performances in recent years,” Meng said. “We were actually quite close to making nationals.”

According to Meng, they are especially proud of the two freshmen alternates who placed third in a trial event, despite being brought in just two weeks before. The participants in the trial events did not have to be regular team members.

“They had to assemble a full binder that’s meant to identify types of birds, and that’s really impressive,” co-captain Paloma Mitra said. “We normally take a full year to make those binders.”

Two of the three members who currently compete in this event are graduating seniors, including Meng. She said they have faith that the freshmen will successfully fill the niches that the seniors leave behind.

Now that the competitive season is over, the team is transitioning into leadership selection for the next school year, as well as preparing for its annual summer camp for middle school students in July.

More information about the Scioly summer camp can be found here.