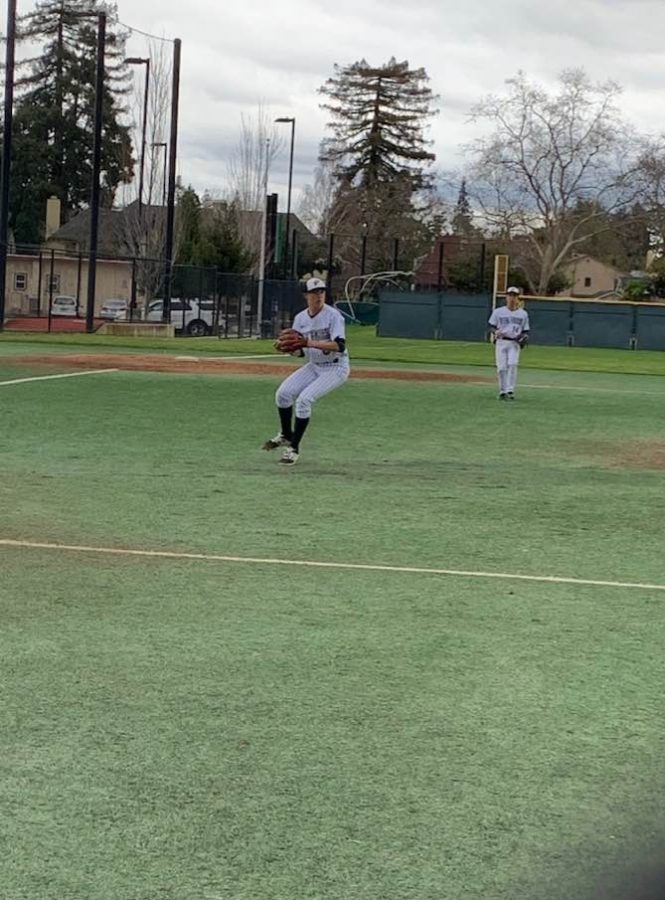 Throwing a no-hitter is one of the most difficult things to do in baseball. It rarely occurs in any playing level from Pacific Coast League to high school to Major League baseball.

The game remained scoreless, with both teams locking down defensively and preventing a run for the first six and a half innings of the seven-inning game.

Casey, who pitched the entire game, threw five strikeouts and allowed only two players on base while Sacred Heart Prep senior pitcher Parker Isaacson held Paly scoreless and threw two strikeouts going into the bottom of the seventh inning.

In the bottom of the seventh inning, with just one out and runners on second and third base, Viking freshman Ritter Amsbaugh hit a fly ball to right-center field that was dropped by the Sacred Heart center-fielder, leading to sophomore Aidan Berger scoring the go-ahead run.

Viking senior Daniel Rabello said one of the biggest factors of the Viking’s win was the solid defense the team played throughout the entire game.

“I think our defense played a great game,” Rabello said. “We had one error but other than that it was solid.”

Senior Tyler Foug elaborated on the virtuoso performance by Casey, who showed poise despite the Vikings’ struggles on offense.

“Dean was in the zone on the mound which is what we needed because we were not hitting well on offense,” Foug said.

“Dean Casey goes out there and throws seven no-hit innings,” Rabello said. “He was extremely efficient out there which helped him stay in for the entire game.”

Moving forward, the team will look to pick up its offensive struggles and keep the same discipline on defense they have shown over the past few games.

“We can make a good run at defending our league title and potentially winning a couple games in [the Central Coast Section Playoffs],” Rabello said. “We have a really young team with four sophomores starting in the infield.”

“Our game plan is to play aggressive but smart baseball,” Foug said. “If we do that, we will accomplish what we want every game.”