Boys’ basketball to participate in first round CIF 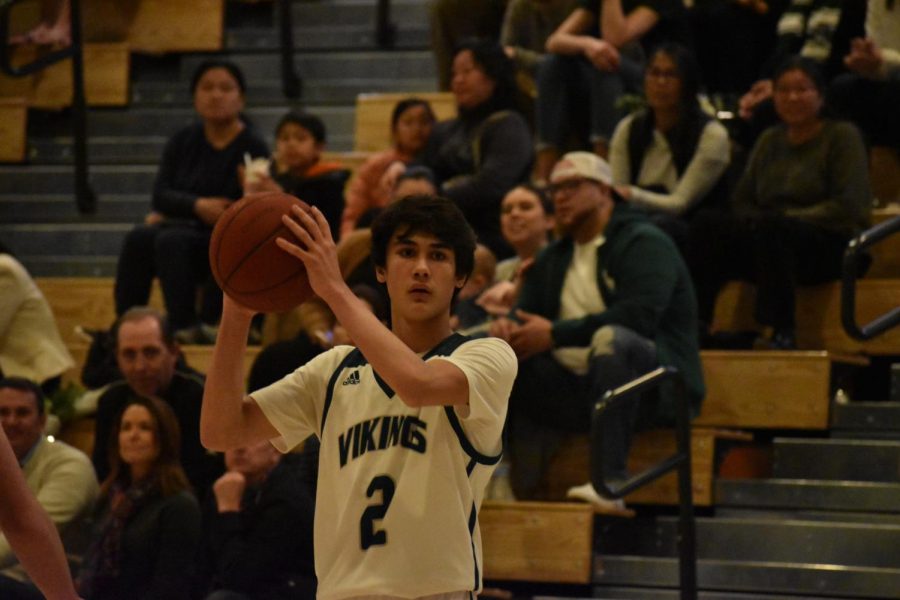 After clinching the title of Central Coast Section Division I champions, the Palo Alto High School boys’ varsity basketball team (18-9, 9-3) is set to battle the Sonora Wildcats (27-4, 9-1) in the first round of the California Interscholastic Federation State Boys’ Basketball Championships at 7 p.m. today at Sonora High School.

The Vikings demonstrated their athletic prowess Saturday, when they played against against the Piedmont Hills Pirates (22-5, 11-3), winning the CCS Division I Championship 42-33. This victory propelled them into the CIF State Championships, beginning with the first round tonight in Sonora.

Junior Matthew Marzano, a member of the team, believes that the Vikings’ defense and unity are among the team’s main advantages over Sonora.

“Some strengths that our team has that will help us beat Sonora [are] our defense and playing together,” Marzano said. “Also we have a little bit more size than they do so I think we can out-rebound them.”

According to junior Conner Lusk, the team will also rely on its formidable defense during the approaching match.

“Our team’s defense has been one of the main factors for the run we are having, so in this upcoming game hopefully our defense will help carry us to victory,” Lusk said. “Even if we have a bad night offensively, our defense just needs to be solid enough stop them [the Wildcats] from scoring.”

The team hopes to claim victory in tonight’s game and eventually participate in the final round of the CIF Championship, according to Marzano.

“It definitely feels great to be in the first round in the state playoffs,” Marzano said. “We’re hoping that this isn’t the last game for us tonight and we think we have a real chance to make it all the way to the championship.”