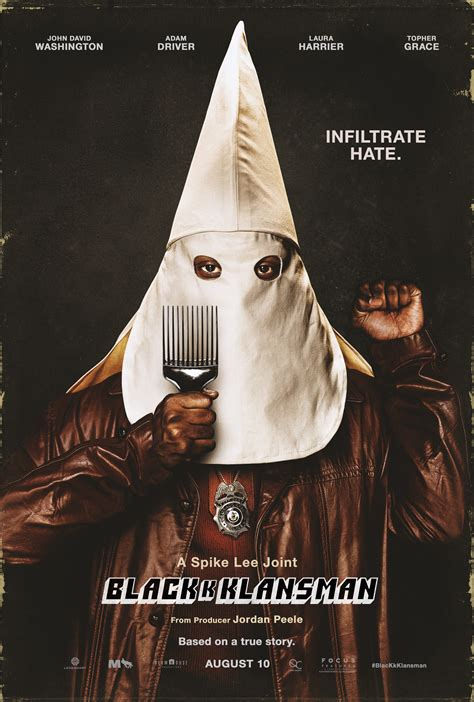 Cleo and her family cuddling together and embracing each other after one of the kids faces a near-death experience. One of the main themes in the novel is the impact of family and Cleo's group hug with her family highlights the family's togetherness despite all their struggles. Photo: Espectaculos Filmicos

Director Spike Lee is a man on a mission — and “BlacKkKlansman” is his fully-armed fighter jet.

At first glance, “BlacKkKlansman” appears to be another run-of-the-mill Hollywood feel-good biopic. What it delivers is something far more profound.

The film, nominated for Best Picture, Best Original Score and four other categories, at the 91st Academy Awards on Sunday, follows the real-life story of Ron Stallworth (John David Washington) as he works to expose a Colorado Springs Ku Klux Klan chapter. There is only one problem: Stallworth is the first African-American officer in this 70s-era department.

Juggling challenges from both inside and outside the police department, Stallworth works alongside fellow officer Flip Zimmerman (Adam Driver) while also balancing a growing romantic relationship with student-activist Patrice Dumas (Laura Harrier).

Washington and Driver deliver a performance in a unique, almost deadpan fashion, fitting of the characters they represent. Aided by Lee’s signature dolly shots and skillful use of light and color, the film highlights the drama, heroism and courage of a true American hero.

But “BlacKkKlansman” is not just another thriller. Lee is about as subtle as a bull in a china shop. He makes no effort to hide what he is targeting: modern America. He is keen on linking the events of the films to contemporary America through allusions to events such as the Charlottesville Protests in 2017.

Whether it be images of these protests or the upside-down American flag shown at the film’s conclusion, “BlacKkKlansman” is about as unsubtle as it gets. Bold is nothing new for Lee — his films often focus on the issues facing African-American communities. In the context of other Lee films, “BlacKkKlansman” is no different: its simple message asks the audience to “wake up.”

“BlacKkKlansman” does not live up to its potential in the delivery of this message by failing to achieve its desired emotional impact. Subtlety is powerful in films — especially those with such a strong message — because these films lead, rather than force, the audience to their message. The revelation, or call to action, is completely genuine to viewers because they arrived at it themselves.

It is almost as if Lee is constantly second-guessing his viewers, wondering whether they will make the connection that he desperately wants them to make. To that end, “BlacKkKlansman” makes sure that its viewers are fully aware of the message it’s sending.

However, the film casts a spotlight on a brilliantly-inventive score. Composed by Terence Blanchard, “BlacKkKlansman’s” musical accompaniment is a masterpiece in and of itself. One is keenly aware of this score’s existence with its audacious and rousing use of drums and brass, yet the music neither overpowers nor detracts from the film’s visual element.

Checking off all the boxes of what makes a compelling score, Blanchard’s rousing, tension-building and perfectly-timed anthem does not just keenly match the tempo of the film, but is also undoubtedly Oscar-worthy.

On Sunday, “BlacKkKlansman” will jockey for one of America’s highest cinematic honors: the coveted Oscar for Best Picture and is well-deserved in its nomination.