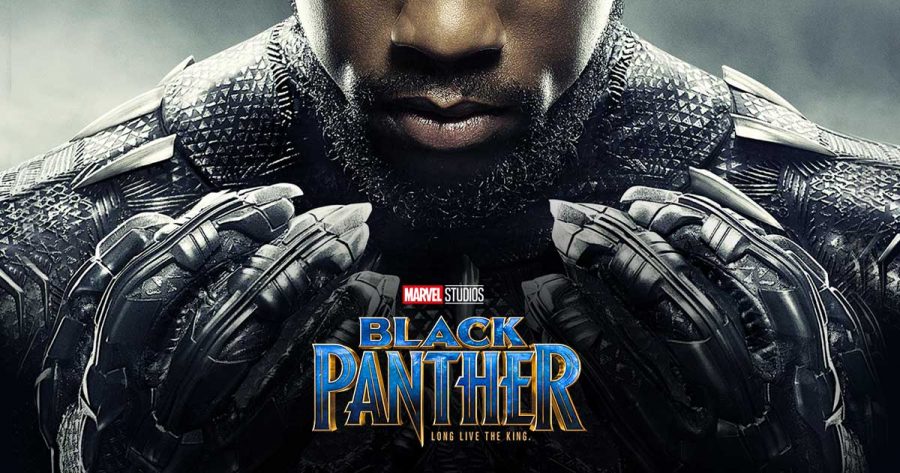 In a gorgeous collision of three genres, Ryan Coogler, the director of “Black Panther” — up for Best Picture in Sunday’s Academy Awards show — brings fantasy, sci-fi and realistic fiction into a whirlwind of a movie, while making a subtle yet clear statement against racist and sexist stereotypes.

The movie opens with a meteorite that takes us to Earth, and  into a fictional African country named Wakanda. We are immediately introduced to vibranium, a metal that has been kept secret within Wakanda and used to create incredibly advanced technology, from bulletproof bodysuits to spaceships to accelerated healing devices. However, American arms dealer Ulysses Klaw (Andy Serkis), assisted by Killmonger (Michael B. Jordan) is smuggling it out of Wakanda to make weapons.

The story takes the viewer on an exhilarating roller coaster ride as the King of Wakanda and the Black Panther T’Challa (Chadwick Boseman), his ex-girlfriend Nakia (Lupita Nyong’o), and general Okoye (Danai Gurira) embark on a mission to restore peace in the world and keep their nation safe.

The previous king T’Chaka (John Kani) passes away at the beginning of the movie, leaving his son T’Challa to recover from his death and prepare to take the crown. He dives headfirst into a world of chaos and struggles to fulfill the expectations of others by avenging his father while protecting his nation. The obstacles along the way teaches him to gain confidence in himself and his abilities and strengthens his trust in the people around him.

By T’Challa’s side, Nakia is a spy and avid humanitarian who cannot bear to stay put while millions of Africans suffer every day. He is also supported by Okoye, the general of a group of female warriors known as the Dora Milaje. Her iron will and steadfast loyalty keep her pursuing what she believes is right. Shuri (Letitia Wright), T’Challa’s younger sister, is head of technology in Wakanda, having designed a good deal of the main castle, the Black Panther’s suit, and a plethora of gadgets featured throughout the movie. By bringing these three outstanding women to life, Coogler makes a strong effort to reinforce the image of capable women in the conscious of a large viewership.

In addition to empowering women, the movie also showcases a fragile masculinity that is inherent in, but concealed by, many men. Though both T’Challa and Killmonger are shown to be physically and mentally unbreakable, there are still moments where they shed their hard outer shell and verbalize their emotions.

Similar to other superhero movies, “Black Panther” has its fair share of flashy action scenes, whether it be an ambush at a casino or a car chase through the streets of Korea. With a variety of camera angles and perspectives, the choreographed chaos is impeccable and sweeps us into the action, leaving the viewer breathless.

The transitions between scenes are undeniably well-crafted. A fist pump and a war cry is followed by a plane soaring overhead. The camera approaches important scenes from unusual angles, symbolic of the power struggle within Wakanda.

There is no denying the beauty of Wakanda, from rosy red sunrises to intricate skyrises to cascading waterfalls. The futuristic design of Shuri’s laboratory as well as the ideas behind her many creations are unique.

The attention to detail does not stop at the set design. According to the Washington Post, costume designer Ruth E. Carter, poured an immense amount of time and attention into authentic and empowering costumes. Each outfit is not only unique, intricate and aesthetically pleasing, but is also operational and clearly designed with the character in mind. The designs place an emphasis on African power, beauty, and elegance and enhances the visual masterpiece that is Black Panther. This thorough eye for detail makes Carter a strong contender for the Academy Award for Costume Design, for which she has been nominated.

According to the film’s Behind the Score video, an incredible amount of research was also poured into the score for “Black Panther”. Composer Ludwig Göransson travelled to Senegal and South Africa to interact with local musicians, review musical recordings from various tribes, and develop his score. He carefully crafted the score to retain the rhythms and significances of African music while supporting it with traditional western cinematic orchestra. This research and dedication to properly representing African music make him a likely candidate for the Academy Award for Best Original Music Score.

On top of making great strides against sexism and racism and maintaining an intelligent and entertaining premise, the crew behind Black Panther shows a meticulous attention to detail and maintains the cultural authenticity most Marvel movies lack.

Rated PG-13 for prolonged sequences of action violence, and a brief rude gesture

With Chadwick Boseman, Michael B. Jordan, and Lupita Nyong’o