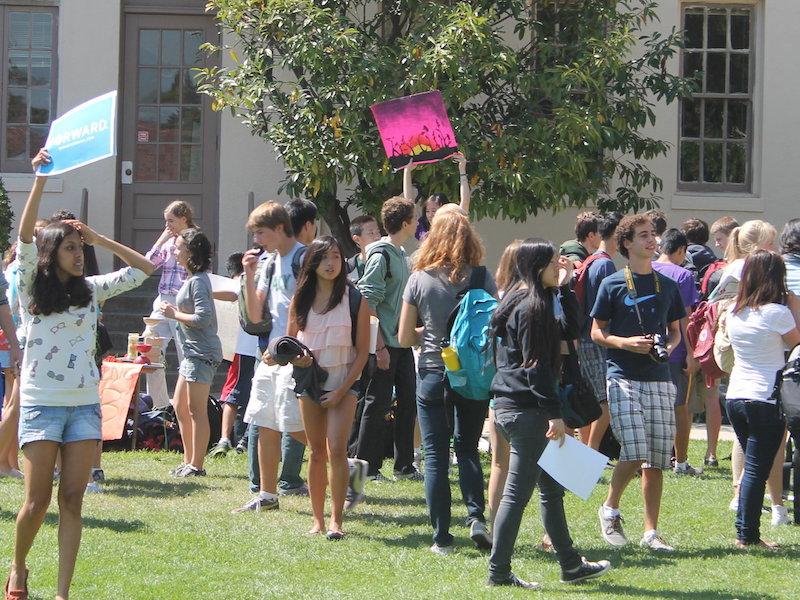 new members to join during the second Club Day of the year.

Today’s Club Day event promises to show off a wide range of new clubs, from the Cookies and Miracles Club to the Clash Royale Club.

Also among the new clubs debuting today is the Paly Weightlifting Club. While Paly already has an existing Barbell Club, the founders of PWC promise to add a new dimension to campus weightlifting.

“Our club is different because we meet every week after school, which shows dedication, progress and hard work,” Tsang said. “I’m also in the weight room five days a week so you can ask me questions at any point in time, even after our designated meeting times.”

Seeing apparent redundancies in clubs, Paly’s Associated Student Body is considering revising the chartering system, according to ASB’s Jan. 29 meeting minutes. While no action was taken, ASB considered auditing clubs that seemed similar and having check-ins during club election cycles.