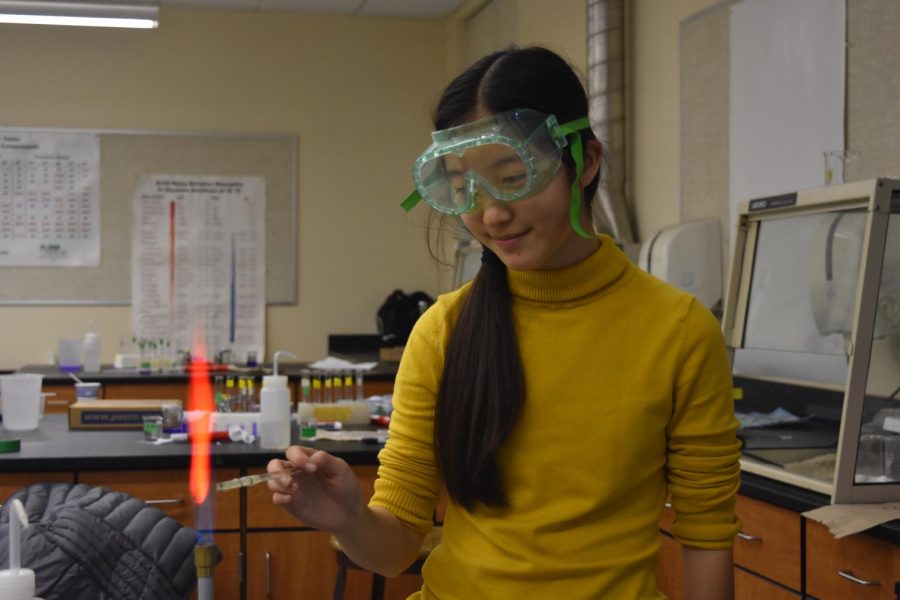 Following mixed results at the Mira Loma Invitational in Sacramento on Jan. 12, the Palo Alto High School Science Olympiad team is preparing for its next competition in early February.

The club’s Green Team placed 12th of the 30 teams in attendance at Mira Loma. According to Scioly co-captain Paloma Mitra, this ranking was better than expected, especially since several key members were not able to attend.

“It’s quite early in the season, so we were expecting members to not be as prepared,” Mitra said. “We do have high hopes, because a lot of members, after competition, found weak spots to improve on.”

For each competition, Paly’s Science Olympiad team sends members in groups of two or three to participate in 23 different science-based events, which encompass topics from astronomy to forensics. Individual performance scores comprise the overall team ranking.

Mira Loma was the first competition for Paly’s new team members this year.

According to Mitra, team members have pinpointed areas for improvement after attending Mira Loma. One important aspect is developing working partner dynamics, following the graduation of several key team members after the last school year.

Mitra said the partnership in her event, crime scene forensics, has been affected by the graduation of a crucial member.

“We have a younger member filling in the space of a person who has now graduated, and [they have] to now take on their responsibilities,” Mitra said. “We also have to make sure that we’re optimizing where [new members] are the best at what [they are] doing and I’m the best at what I’m doing.”

The Green Team still has three competitions left this year: the Golden Gate Science Olympiad Invitational on Feb. 9, Regionals on March 16 and States on April 6, if the team qualifies.