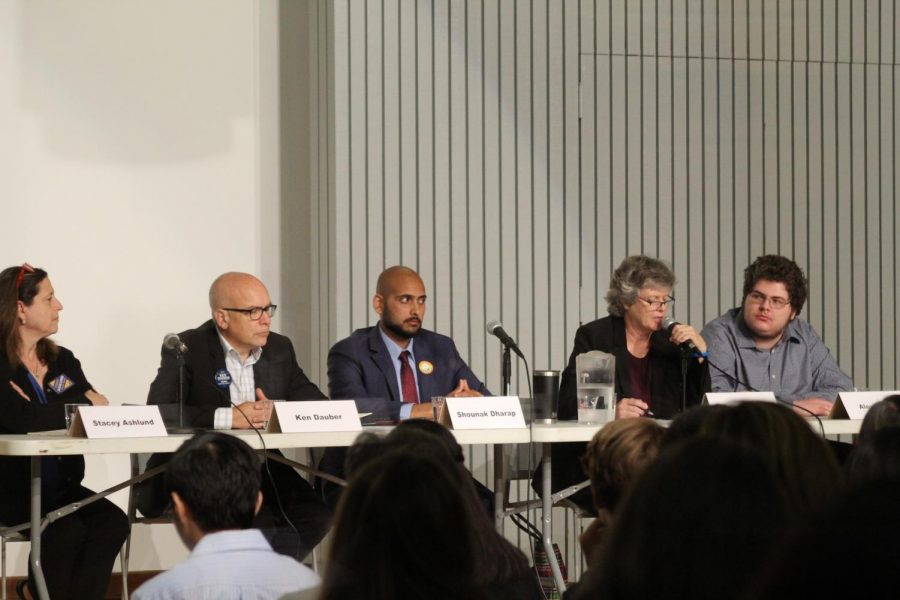 Incumbent Ken Dauber has taken a 1,400-vote lead in the Palo Alto Unified School District Board of Education race, although who will fill the second of two available seats remains uncertain.

Shounak Dharap is leading Stacey Ashlund by a mere 26 votes, or 0.11 percent, which may necessitate a recount, according to county rules, if their final vote tallies are within 0.25 percent or 25 votes. 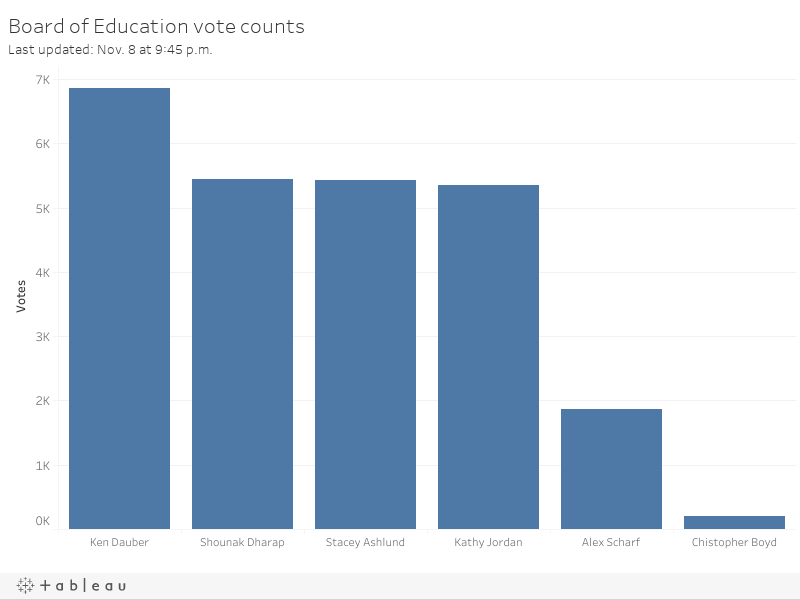 If Dharap, 28, maintains his lead, he and Dauber, 56, will join trustees Todd Collins, Jennifer DiBrienza and Melissa Baten Caswell on the board. Terry Godfrey did not run for re-election.

Only two seats were up for re-election this year compared to three in the 2016 election. The race brought in well over $100,000 in contributions, according to an article published by Palo Alto Online.

On the campaign trail, Dauber touted his record on the board as a reformer of special education and Title IX compliance.

“I think I was a positive force on the school board in my first term,” Dauber said in his profile interview with The Paly Voice. “But I think there’s still a lot of work to be done.”

He received campaign contributions from Collins, DiBrienza and Godfrey, campaign finance records show. Along with Dharap, he won the coveted endorsement of the Palo Alto Weekly.

Dharap ran on a platform based on his experience as a litigation attorney and as a graduate of the district.

“Having been a student here, being really invested in this community and in this district, I feel responsibility for myself, for what the district has given me and then for my future kids,” Dharap said in his profile interview with the Voice.

Dharap, like Dauber, received sizable contributions from Collins and DiBrienza. He also won the endorsement of the Palo Alto Educators Association, the teachers’ union.

Ashlund, who ran on a platform advocating mental health awareness, also received monetary support from Godfrey. Both Ashlund and Dharap received a $1,250 donation from the California Teachers Association’s Association for Better Citizenship.

Jordan topped the campaign finance charts, raising a total of $52,000 by late October. She advocated for fiscal responsibility and transparency in board decisions. But her candidacy came under scrutiny by some, including a vocal group that criticized her past interactions with staff members of The Campanile, Palo Alto High School’s student newspaper. In a rare move, a last-minute ad printed in the Palo Alto Weekly and funded by Collins argued against Jordan’s candidacy.

Scharf, who said his experience as a recent graduate of the district would be valuable to the board, raised considerably less money throughout the campaign. He did, however, earn a $200 contribution from Keith Ferrell, a frequent ally of Jordan’s on issues relating to administrators’ handling of sexual assault incidents.

Boyd, an advocate for his after-school education program Insted, drew criticism early in the campaign after a Palo Alto Weekly investigation found that he falsely claimed that Insted was a 501(c)(3) nonprofit organization.