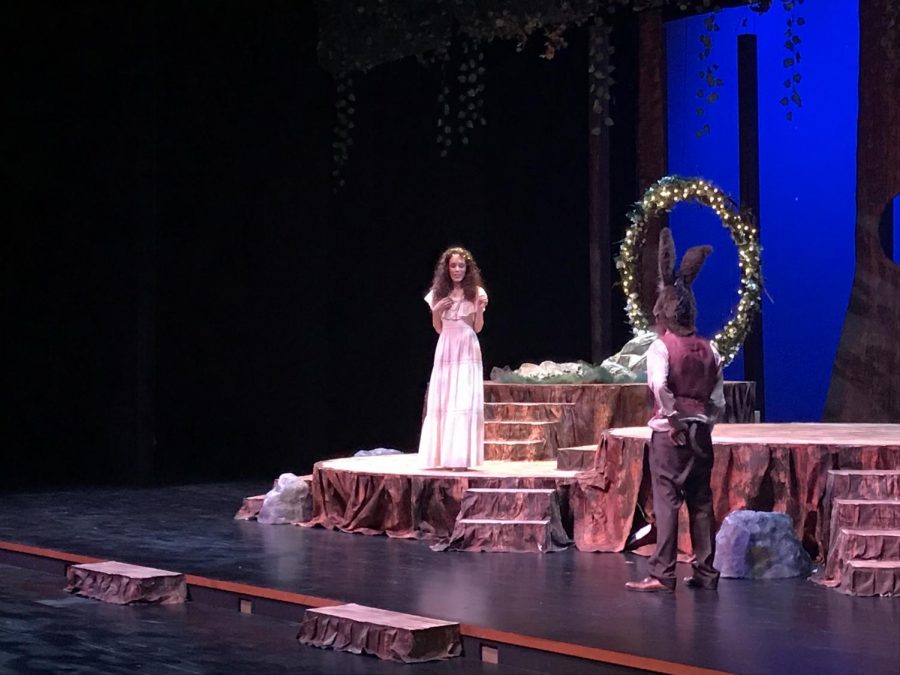 The Palo Alto High School’s Theater Program will be premiering its first large-scale production of the year, an adaptation of Shakespeare’s famous comedy “A Midsummer Night’s Dream,” on Friday in the Performing Arts Center.

In honor of Paly’s Centennial, the roughly two-hour play will be set in 1918, in the redwood forests between San Francisco and Palo Alto. While the script retains the language used by Shakespeare, junior Aida Mohammad, who plays Puck, says that the antique language does not detract from the humor of the show.

“The show relies a lot on physical comedy, kind of a universal medium,” Mohammad said.

The story follows the events in the four days leading up to the wedding of Theseus (Sarthak Pant), the mayor of San Francisco, and Hippolyta, a tall, foreign warrior (Sofia Peterson). The play features three main groups of characters: upper class mortals, working-class mortal mechanicals and fairies.

“All three of those groups of characters end up intertwining in unexpected and pretty hilarious ways,” said theater instructor and co-director Kathleen Woods.

While not a musical, the show will feature a small amount of music and dancing, choreographed by dance teacher Alyssa Bond. Additionally, the performance will have live music composed by alumnus Aaron Slipper and performed by students.

Attendees are encouraged to arrive about 15 minutes early, as there will be a brief pre-show loosely related to the plot. Cast members will be preparing for Theseus and Hippolyta’s wedding both onstage and in the reception area.

“I don’t think they [the audience will] necessarily miss out [if they do not attend] but the pre-show is definitely a lot of fun and just adds some interactive entertainment,” said sophomore Ishani Raha, an actor in the pre-show.