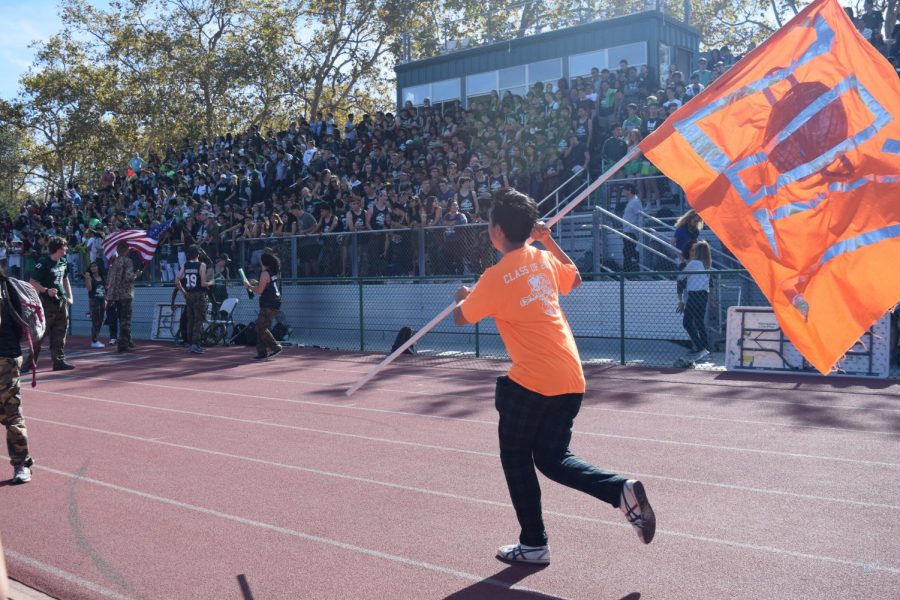 At lunch today, the four classes competed in a relay race featuring challenges such as squeezing through hula hoops and throwing balls into buckets. According to the master schedule found on the Associated Student Body’s Spirit Week 2018 site, seniors, who took the first place victory, will be awarded 1,500 points for the race. Juniors in second place will be awarded 1,200 points. Sophomores and freshmen, in third and fourth place, will receive 1,000 and 800 points for the race, respectively. Classes also had opportunities to earn points through cheering and wearing the most creative outfits.

During the tutorial period rally, each class performed their spirit dances, which they had been preparing for several weeks, and showcased their floats — products of 35 hours of work. The freshman float featured a crash-landed silver rocket, the sophomore float was an open Where’s Waldo? book, the junior float pictured a colorful hippie-themed campsite, and finally the senior float starred a dinosaur roaming Jurassic Park.

The winning class will be announced at the Homecoming Dance tomorrow evening, which lasts from 7 p.m. to 10 p.m.