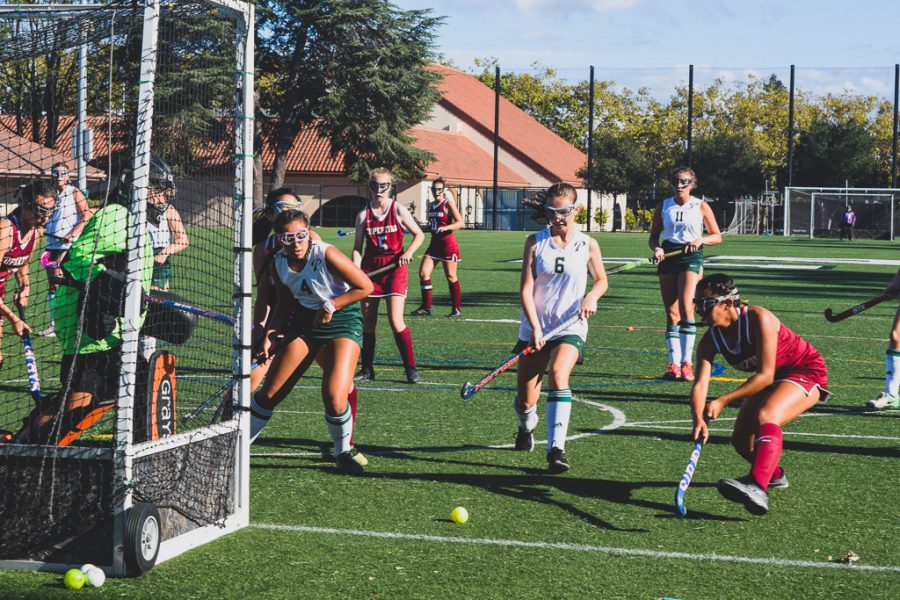 “I mean obviously they [Cupertino] are an established program,” Paly coach Jenny Crane said. “They were working on advanced skills of transferring the ball back and forth.”

The game was a tight one with Cupertino continuously approaching the Viking goal, leaving Paly in a defensive position for most of the match.

Although the Vikings put up a fight in the first half with impressive passes and steals, they were unable to capitalize on important possessions. Junior Emma Siskens, sophomore Madeline Lohse, and sophomore Sarika Lansberg played aggressively but missed some shots, leaving Palo Alto scoreless in the first half, down by one.

“I thought we connected some passes really well today,” sophomore Alexa Gwyn said. “I can really see that our brains were anticipating where the balls are going, so we’re able to run onto them and make passes up the field.”

In the second half, the Vikings played tough defense, trying to fend off shots from Cupertino. Freshman Anna Nemerov stole the ball several times from a Cupertino opponent who was attempting to make a run for the goal. Cupertino closed, missing several shots due to Paly’s clearing.

Girls Field Hockey is a new sport this season. During practices, the team has primarily focused on defensive skills to create a good block against the experienced opponents. The Vikings have only scored one goal this season so far, but they hope to score more in the future according to Lohse.

“Out-hustle, out-heart the other team — that’s all I can ask of them at this point, and the other things will come with time,” Crane said.

The Paly team’s next game is against Archbishop Mitty at 3:30 p.m. Tuesday in San Jose.