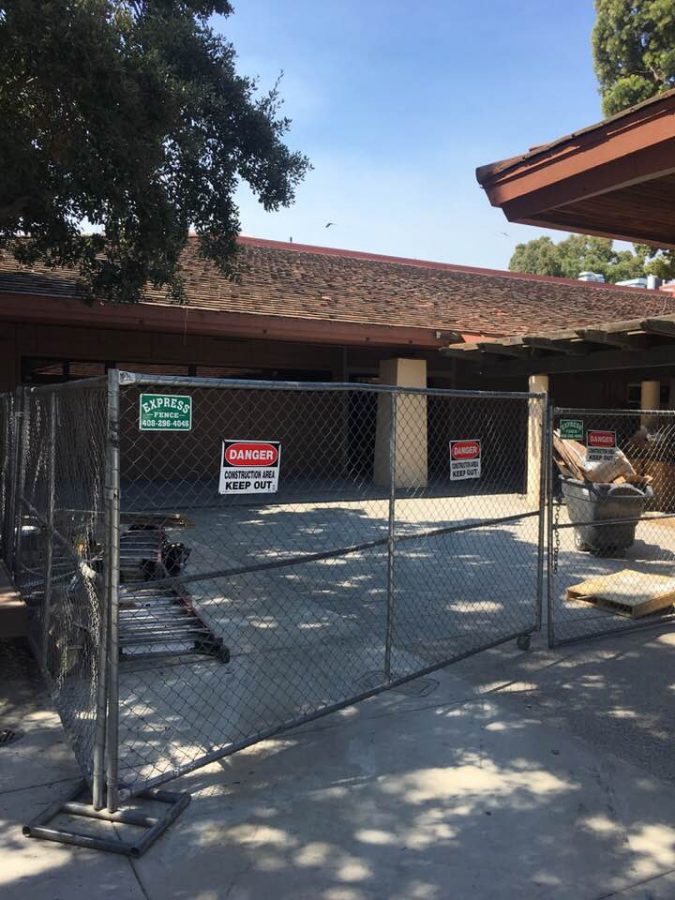 Renovations to the Palo Alto High School library are set to be finished by November of this year, with student access beginning full time second semester, according to the administration.

“The construction is scheduled to be done by November,” Assistant Principal Jerry Berkson said. “My guess is they’ll wait to for it to be done to take down the fencing.”

Some students have become frustrated with not having an actual library — the facility has been temporarily and incompletely relocated to the Student Center for the duration of the renovation — and it has affected many of their experiences at school.

“We have to find alternative study places that aren’t as quiet,” senior Navid Najmabadi said. “The remodeling also prevents us from going into many areas on campus, which can cause a lot of inconveniences.”

Other students are concerned about the amount of noise the construction makes and the way it disrupts class time.

“Sometimes it can get really noisy,” junior Olivia Ramberg-Gomez said. ” I found that last year my classroom was next to the construction and it was really distracting. This year it’s not too bad, but sometimes it distracts me.”

The library isn’t the last building to be remodeled. Berkson said that construction was going to be started on the science building later this year.

“We’re adding four science rooms to the ones that are already there,” Berkson said.

Although the opening of the new library will not be until sometime during the 2019 school year, students are still looking forward to the building being finished.

“Hopefully they can finish the library as soon as possible,” Najmabadi said. “Even if the seniors aren’t able to use it, at least we won’t have to take alternative routes to our classes second semester.”