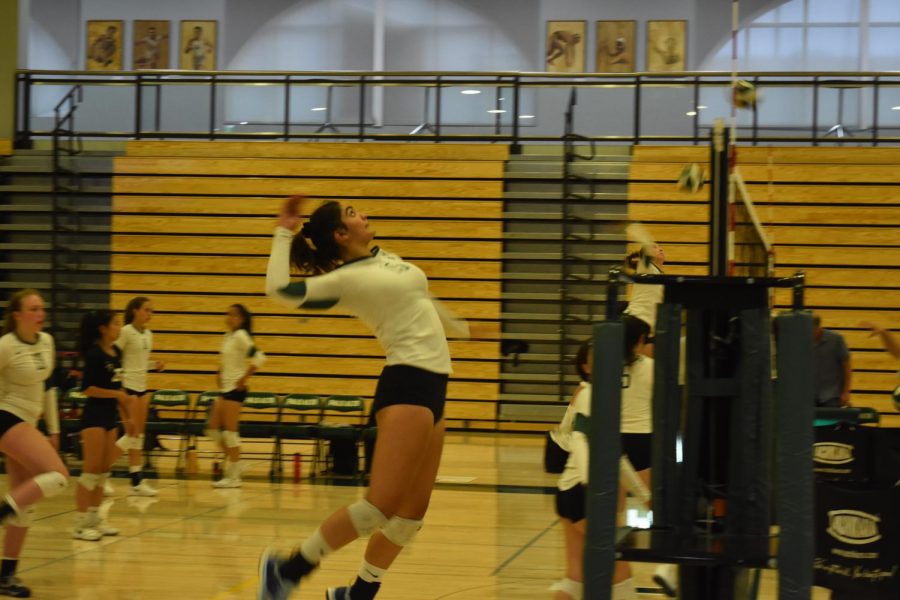 Despite the graduation of over half the varsity team, the Palo Alto High School girls’ volleyball team shoots for NorCals and even the State Championships in the coming season.

“This year, we have a very young team,” Julie Cremoux, the new varsity assistant coach said. “They’re very talented players at a young age, so there’s a lot to grow from there.”

There are five seniors returning to the varsity team. Seven of the nine other players are sophomores and juniors moving up from last year’s junior varsity team.

In addition to the seven sophomores and juniors, there are two freshmen on the varsity team.

“It [the team chemistry] has definitely been really good…and we work well as a team already,” freshman outside hitter Amelia Vugrincic said.

The team was eliminated in the first round of the NorCals face-offs last year, but according to Saetang, the team hopes to compete in NorCals again and even make it to States.

With these goals in mind, head coach Benji Saetang has a humble mindset.

Winning is not the only thing on the team’s mind. Since 2012, the team has been hosting “Dig Pink” matches with Los Altos, in which players wear the color pink to support patients with breast cancer. The team plans to hold another Dig Pink game this season, at Los Altos.

The team had its first scrimmage on Tuesday against Woodside after two weeks of tryouts. After seeing the team’s performance, Saetang said he feels more confident in the team’s ability.

The team is preparing for its first match, a home game at 6:45 p.m. on Thursday Sept. 6, against Homestead High School.