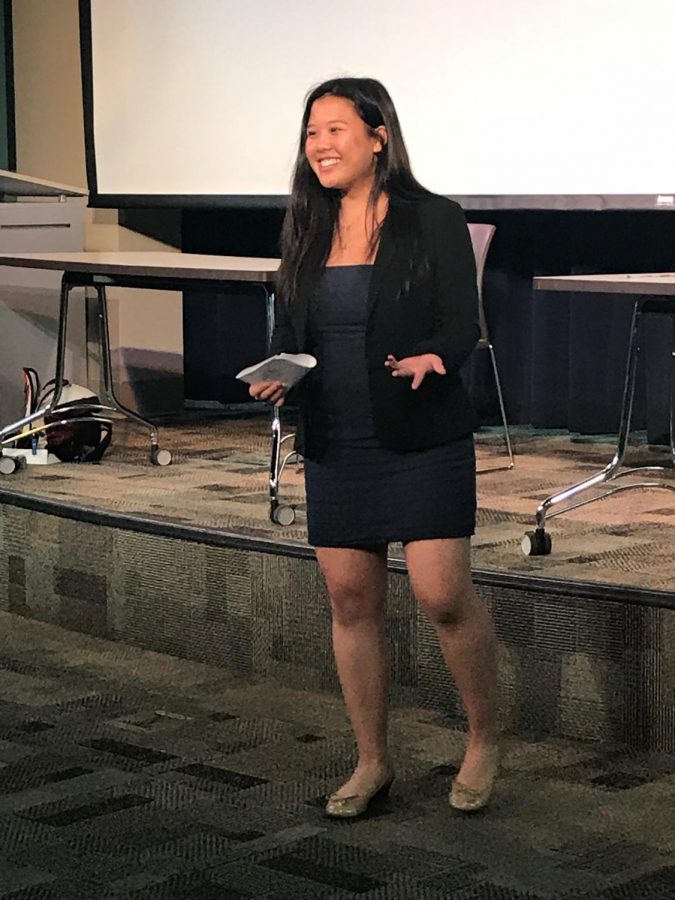 What do the Red Cross, journalism and customs enforcement have in common?

At Palo Alto High School’s annual Speech and Debate Showcase, they were all topics presented by a variety of seasoned club members as a way of presenting the various competition options Speech and Debate has to offer.

The event, which took place from on Tuesday in the Media Arts Center, drew a crowd of over 50 interested freshmen and parents.

According to event co-organizer, junior Christine Tu, the event provided a first-hand look at what students would learn if they joined the team and went to tournaments.

“We had multiple great demos from the team, including a demo Lincoln-Douglas, debate, dramatic interpretation, impromptu, and a Congress round,” Tu said.

Presenters at the event included senior Kaitlyn Ho and junior Isabel Armstrong for speech, senior Kiran Majeti for Congress and juniors Neil Kapoor and Kai Vetteth for Lincoln Douglas, among others.

“In planning this, we wanted to introduce Speech and Debate to as many people as possible. We really hoped to grow our team, train new novices, and really just introduce more people to our community,” Tu said. Many of those who attended are now considering signing up for debate, according to Tu.

The Speech and Debate club’s first practice is at 7 p.m. on Tuesday in the 800 building and anyone is invited to attend.