Board envisions revised role for police at school 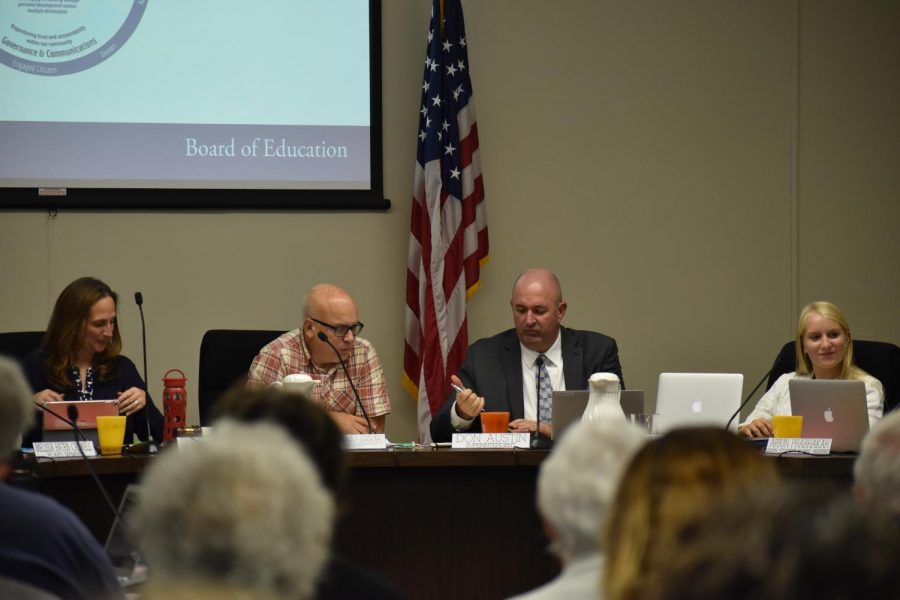 The Palo Alto Unified School District Board of Education is pursuing a new, revised memorandum of understanding with the Palo Alto Police Department to delineate responsibilities and encourage cooperation between the district and police department when responding to incidents of sexual misconduct.

After some discussion at Tuesday’s regular board meeting, the board decided to postpone approval of the memorandum to a later date.

The MOU is required by the district’s resolution agreement, reached in February 2017, with the U.S. Department of Education’s Office for Civil Rights. Palo Alto City Council approved the MOU on Aug. 13.

Exhibit A of the memorandum stipulates that School Resource Officers, members of the Palo Alto Police Department, will be able to perform services including emergency training at schools, transportation of students into psychiatric holds when deemed necessary and searches of students on campus.

The agreement also delegates certain responsibilities to both the school district and the police department. Those of the district include training SROs to respond to reports of sexual misconduct and following certain procedures when a protective order has been issued for a student, such as changing the affected students’ schedules and working with the restrained and protected students on a plan of implementation.

Some of the debate at Tuesday’s board meeting centered on Section J of Exhibit A in the agreement, which states that the school resource officer “shall use mechanical restraints on a student being transported to a medical facility.” Alex Scharf, who is running for a board seat on a platform focused on mental health and special education, said in the open forum that the term “shall use” could result in discriminatory practices, particularly against special needs students.

“I find a problem with this, that the ‘shall use’ term kind of [implies] that it should be the automatic procedure,” Scharf said. “It should be changed to ‘may use according to the Handcuffing and Restraints Policy #306.’ This is just a policy that is targeting the mentally disabled.”

Board member Melissa Baten Caswell agreed, taking issue with use of the word “shall.”

“I don’t know what the law is on this, but it just doesn’t seem to make sense to me that every single student being transported to a medical facility will need mechanical restraints,” Baten Caswell said.

A representative from the police department, Captain Andrew Binder, confirmed at the meeting that the PAPD’s standard protocol dictates that mechanical restraints are used whenever an individual is being transported in such a scenario. Binder also clarified “mechanical restraints” to mean handcuffs.

Community member Michelle Higgins expressed other concerns about the MOU, saying it should include special provisions for students with special needs.

“Special needs students face greater vulnerability when it comes to interactions with the police, and our district data shows that they are also overrepresented in disciplinary proceedings,” Higgins said. “Regulations, policies and training practices must ensure that there are sensitive and skilled responders when confronted with behaviors that may be exhibited by students with disabilities.”

The board will convene for a regular meeting next on Sept. 4 at the district office.