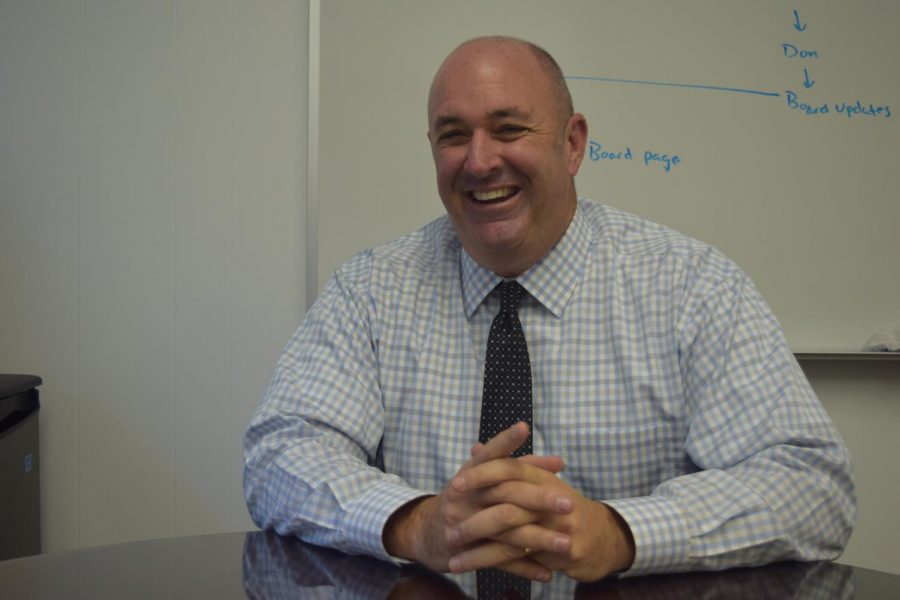 As the school year continues, he hopes to establish authentic and personal relationships with students and staff through collaboration.

“As you solve problems together and work together — that’s what builds a relationship,” Austin said. “I believe strongly in personal connections and problem-solving.”

While Austin anticipates that these relationships with the students and faculty will take time to develop, he hopes ample communication in the form of small student groups will educate his decisions more effectively than traditional surveys.

Austin comes to the PAUSD after serving as the superintendent of Palos Verdes Peninsula Unified School District in Southern California for four years. According to a press release from PVPUSD regarding Austin’s acceptance of the PAUSD job, he oversaw a staff of 1,500, and was instrumental in the improving and carrying out of the district’s wellness and mental health programs.

When making the decision to transfer to PAUSD, Austin’s perception of Palo Alto as a tight-knit community played a key factor.

“The school district here is the fabric, and there’s no doubt about that,” Austin said. “Some other places it’s a piece, but here it’s a cornerstone.”

Austin noted the unique opportunities afforded to students enrolled in PAUSD schools, highlighting the success of the Spanish Immersion program, the Media Arts Center, and the science, technology, engineering and mathematics activities within PAUSD.

“The fun part about our schools is [that] they’re overwhelmingly amazing,” Austin said. “I see a breadth of opportunities for our students that just don’t exist other places.”

Though impressed with by the district’s academic success, Austin acknowledges that students’ definitions of success don’t necessarily include admission to the most competitive colleges.

“I think that there is momentum in the area of looking beyond test scores,” Austin said.

Instead, he hopes to celebrate the relationships people build through their time in the district.

“When you walk across the quad, people aren’t ranking and sorting — they kind of mix. I love that part,” Austin said.