For new field hockey team, it’s all about improvement 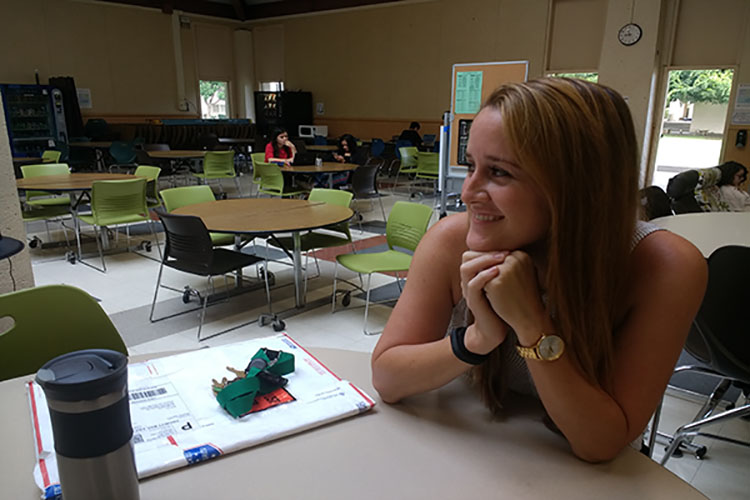 Girls’ field hockey head coach Jenny Crane discusses her thoughts on how her athletes are shaping up. The girls’ field hockey team is currently in its first season at Paly. “I think field hockey is one of those sports where if you’re an athlete and you have an athletic mindset or knowledge, then you can excel and succeed at it,” Crane said. Photo credit: Benjamin Huang

If you ask most Palo Alto High School sports teams what their goals are for each season, you’ll hear “CCS” or “states.” Ask a member of Paly’s new girls’ field hockey team, and the response will be much different.

Head coach Jenny Crane said that for this season, she will focus her coaching efforts on improving the athletes’ performance and skills.

“I like to win, so I’ve had to change my mindset to ‘I don’t care if we win this year, it’s about growth,’” Crane said. “What I’ve talked to them [the athletes] about is hard work, intensity, and a sense of passion or urgency in order to make themselves better and the people around them on the field better.”

Junior Georgia Cowie said that this year, the team will likely not be scoring big wins.

“I think our team is going to have a lot of fun and work together really well, but we don’t expect to win any games,” Cowie said.

According to Crane, the only playing level this year will be varsity.

“We kept 20 girls for the roster this year — that’s kind of large but we will be able to field a varsity team,” Crane said. “Since this is a new program, and a lot of athletes haven’t heard of the sport, I think it needs to gain popularity in order to field two teams. Typically for a varsity team we’d have 18, but that didn’t leave us enough left over for an entire JV team too.”

“I would say it’s not as well-known, and a little more obscure,” Crane added. “When you first start playing I tell the girls it’s very unintuitive and not very natural, so it takes a little bit to get used to it.”

According to Crane, 90 percent of the athletes who tried out had no prior experience with the sport.

Crane, who started playing field hockey in high school and went on to play for the University of California, Berkeley, said that for most athletes, field hockey is a novel experience.

“The one thing that I really like about field hockey that I say is unique is that it’s a new sport to a lot of athletes, and so unlike soccer or basketball or softball or baseball, where you’ve been playing since you’re six,” Crane said. “It’s new to a lot of athletes. They’re not burned out on it yet.”

According to a previous article by The Paly Voice, the Athletics Department first considered adding field hockey as a sport after the introduction of boys’ volleyball in 2018, in order to balance the number of girls’ and boys’ sports.

Balancing the number of boys’ and girls’ sports offered is in accordance with Title IX, which prohibits schools from discriminating on the basis of gender in programs and activities

Students in favor of the sport being incorporated at Paly also created a petition calling for Paly to create a girls’ field hockey team. The petition garnered 49 signatures.

Crane said that the team will have many opportunities over the next few years to grow and improve.

“We have a pretty young team this year, a lot of ninth graders and 10th graders, so that means they’re going to be with me for three or four years hopefully,” Crane said. “That will give us an opportunity to build a pretty good program.”

The girls’ field hockey team’s first game will be at 4 p.m. on Sept. 11., at home against Monta Vista High School.