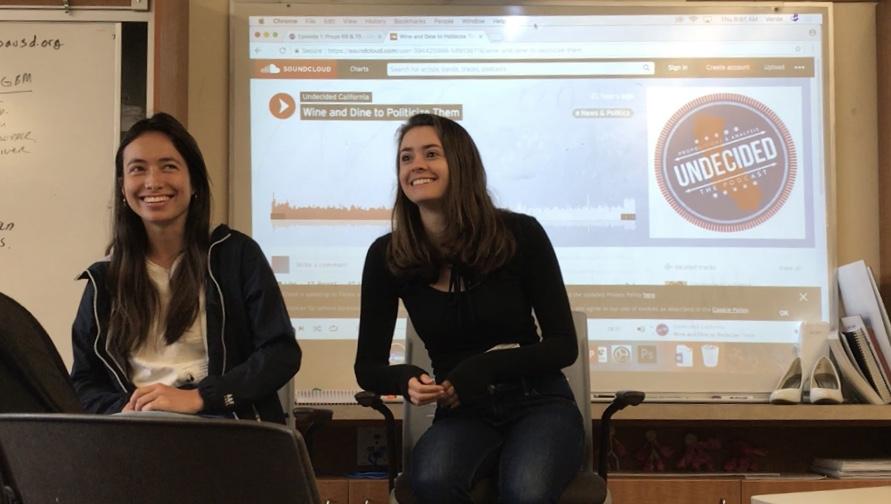 Two Palo Alto High School alumni who run a political podcast named Undecided California, which aims to inform young people about proposals and candidates on the California ballot in the coming June elections and onward, came to Paly last Thursday to speak about their experiences.

The podcast, which is run by Jamie Livingston and Hanako Gallagher, aims to explain ballot measures, candidates and political events, according to their website.

According to Livingston, a 2013 Paly graduate, the podcast started when she contacted Gallagher about making a blog about political research.

“After I graduated from college, I was basically unemployed, and I really needed to get back into the research grind,” Livingston said. “I called her [Gallagher], and I told her ‘hey, let’s make a blog’ and she said ‘How about a podcast?’,and that’s how it started.”

Gallagher and Livingston described their experiences podcasting, and gave advice to others who want to try making a podcast as well.

In the future, the two stated that they hope to establish a different ‘Undecided’ podcast in each state, to keep all the young people in America informed and politically active.

For now, the pair is planning to have podcasts about propositions coming up in the June and November elections as well as the gubernatorial candidates.