AP Paulson to replace Diorio as principal next year 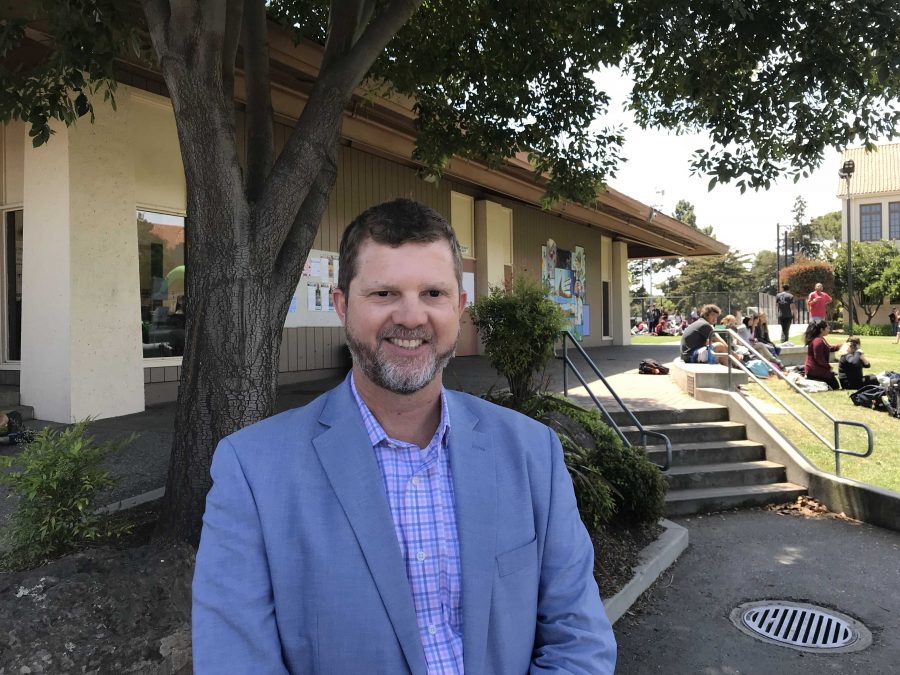 Paulson has worked at Paly as the Assistant Principal of Teaching and Learning for four years, and was the only internal candidate to be considered for the position. His appointment was announced in an email sent to the Paly staff by Interim Superintendent Karen Hendricks.

Paulson will take the place of former principal Kim Diorio, who declared her resignation on March 9.

“While we are sad to see Ms. Diorio leave, we greatly appreciate her thirteen years of service to PAUSD [Palo Alto Unified School District] and send our best wishes to her in her future endeavors,” Hendricks wrote.

Paulson said that Paly’s new bell schedule, set to be implemented in the 2018 school year, will be a priority of his early work as principal.

“We’re going to have a new tutorial system, so we’re going to have to educate students and staff and parents on how that’s going to work,” Paulson said. “A lot of our initial work will be on that new schedule and just tweaking it and figuring out how to implement that [the schedule].”

With the vacancies left by Paulson as well as Assistant Principal Victoria Kim, who has accepted a position in San Diego next year, Paulson said he will focus on reconstructing the administrative team over the summer.

“We’re going to have to rebuild our admin team this summer and look at what priorities that we will focus on next year,” Paulson said. “A lot of our work is laid out ahead of us in our WASC [Western Association of Schools and Colleges] plan, but certainly there will be other things that we’ll need to work on.”

According to Hendricks, before coming to Paly, Paulson was Principal at Arundel Elementary School and an Assistant Principal at Tierra Linda Middle School. Hendricks said that Paulson’s extensive experience will help him adjust to the role of principal.

“Mr. Paulson’s background as a teacher, combined with his responsibilities at PALY, gives him the ability to step right into the principal position,” Hendricks wrote.

Junior Donald Taggart said that he was optimistic about Paulson’s appointment.

“I’m really excited to have a new principal,” Taggart said. “I think it’s going to be great for Paly and I’m really hoping he solves some of our biggest problems.”

“I’m very happy with the decision,” Berkson said. “Adam and I work very well together.”