Donald Austin will assume the role of superintendent of Palo Alto Unified School District on July 1, 2018 pending the approval of his contract, following a press release from the PAUSD Board of Education.

According to the press release, Austin has been superintendent of Palos Verdes Unified School District in Southern California since August of 2014.

Austin has received numerous awards and recognition for his achievements in Palos Verdes.

The release went on to praise Austin’s experience and commitment.

“Dr. Austin brings enthusiasm, a spirit of teamwork, and a commitment to youth,” the press release stated. “The Board is impressed by his experience, reputation for strong implementation skills, focus on mentorship, and history of building a collective sense of purpose.”

The letter also thanked Interim Supt. Karen Hendricks for her contributions to the district during the 2017-2018 school year.

“The Board thanks Ms. Hendricks for her work and commitment to our District, and for bringing crucial stability and support to PAUSD this school year,” the press release said. 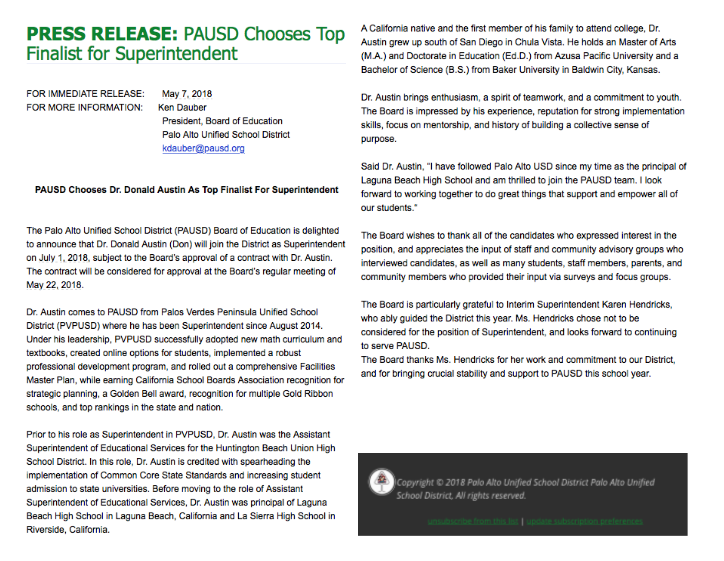