Preview: Badminton aims to qualify for CCS at league finals 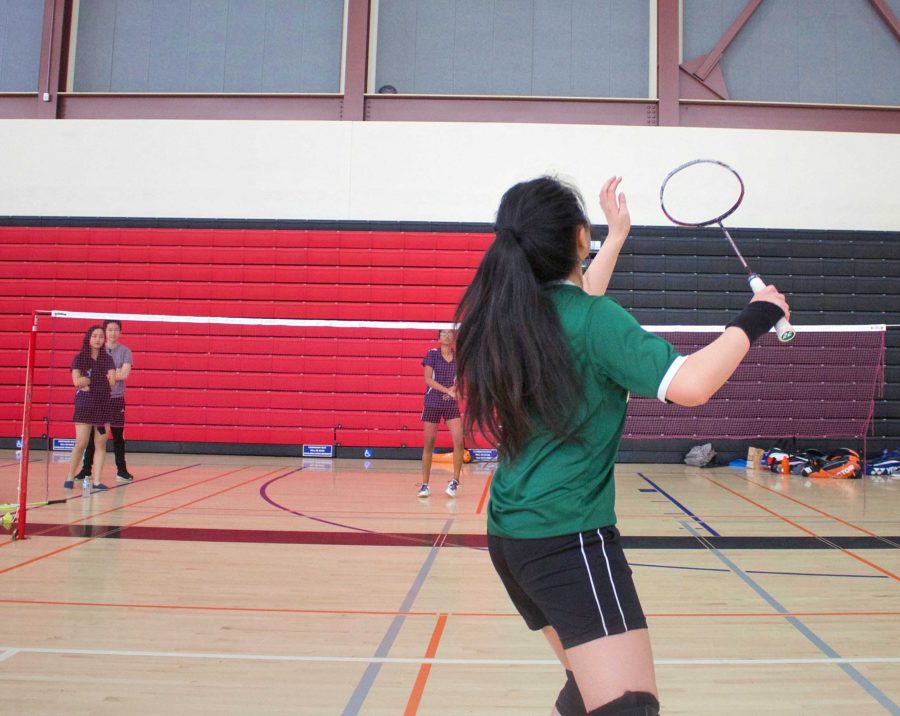 Coming off a senior night loss against Cupertino on Wednesday, the Palo Alto High School Badminton team will look to have many players qualify for the Central Coast Section tournament in the Santa Clara Valley Athletic League finals at 3 p.m. on Thursday.

Unlike other sports where teams may automatically qualify to play in the CCS, in order to qualify for the CCS in badminton, players must finish in the top four of their events. The events are boys’ doubles, girls’ singles, boys’ singles, girls’ doubles, and mixed doubles.

Badminton also differs from other sports in that the league finals  are more of an individual competition than a team competition.

At the league finals, players are put into double elimination brackets that keep going until one person is left standing. Players may even compete against other players from the same team for a place ranking.

Since only the top four teams or players advance to CCS, there is a lot of competition among the players. Two seniors on the team, Emily Yu and Tilak Misner, both expressed their anticipation to make CCS this year, given that it is their last run.

“The past two years I’ve played [SCVALS] and I’ve been really close to qualifying for CCS,” Misner said. “My sophomore year I was two matches away and last year I was one match away, so it was kind of heartbreaking to lose.”

“In the past, our team hasn’t had much direct training from coaches,” Yu said. “As a result of not improving, I haven’t gotten very far.”

Although neither Yu or Misner have made it to CCS, they are anticipating a breakthrough this season.

“This year I’m playing doubles with Jeffrey Mi and we’re seeded fourth,” Misner said. “We’ve had some tight games this season playing together, but I’m confident that we can make it to CCS if we play well and focus.”

Yu will be playing mixed doubles this year with sophomore Jonathan Mi.

“This year, with the addition to Coach Kenny’s training, I think that things will be different this year,” Yu said. “I am certain that Jonathan and I can make it pretty far, but it’s going to be difficult to make CCS, as the mixed draw is difficult and I have been playing singles rather than mixed doubles for the entire season.”

Even though both Misner and Yu would like to make CCS, they both say that they will have a fun time even if they do not place high in the brackets.

“Regardless, it will be a good experience and I’m looking forward to the challenge,” Yu said.

The CCS playoffs will begin on Saturday, May 12 at a to-be-announced location for those who qualify.