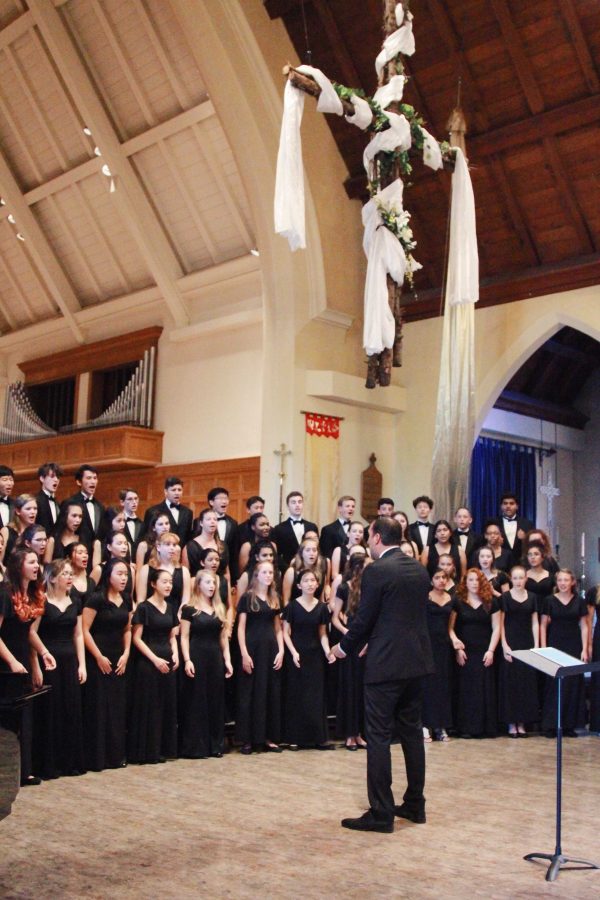 Diverse music from around the world was showcased at Palo Alto High School’s “All the World’s A Stage” Choir Concert Sunday at St. Marks Episcopal Church, one of this year’s last performances.

Directed by choir teachers Brittney Kerby and Michael Najar, the program included songs from many countries, such as Germany, France and England. While each choir concert requires many hours of preparation, this concert was particularly difficult because of the inclusion of foreign languages, Kerby said.

“We’re singing a lot of pieces in foreign languages, so that is always a challenge when you’re not a native speaker and trying to be authentic to the language,” Kerby said.

“The space itself is really nice,” said senior Alexander Sun, a member of the choir. “The preparations before were really helpful.”

Click below to see a compilation of photos from the event.