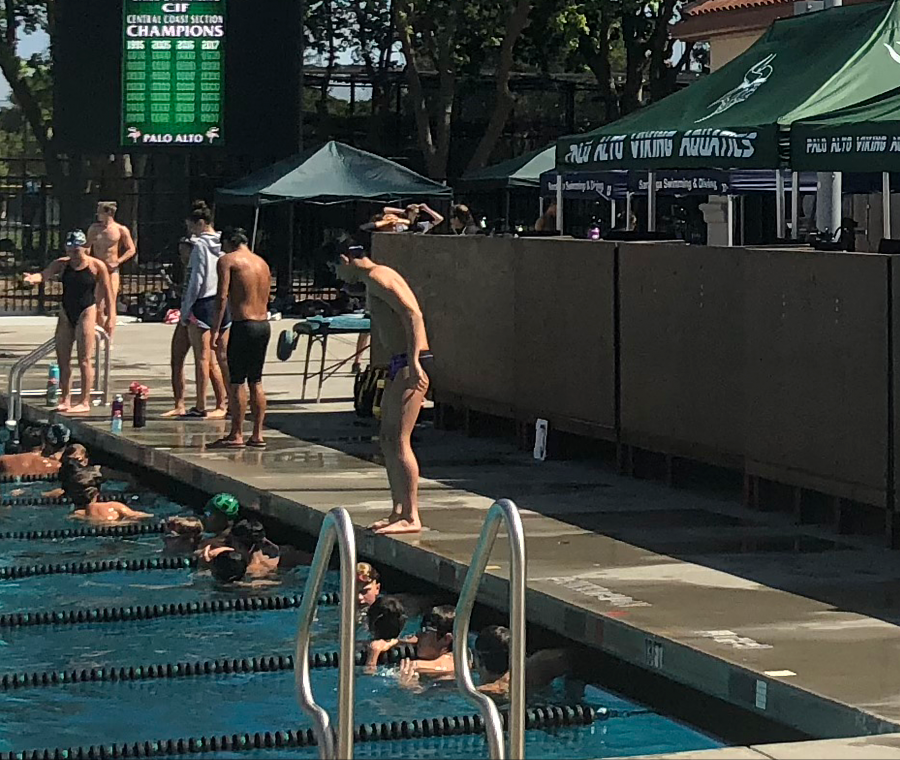 Boys from high school swim teams warm up for the league preliminaries by swimming laps in the pool. The boys compete in the preliminaries to qualify for spots in the swimming league finals. "The league finals is a big event where the top swimmers from each team compete to see who is the best."  sophomore swimmer Kobi Johnsson said. Photo by Teddy Huang

Following a victory against Los Gatos last Friday, the Palo Alto High School boys and girls swimming team is preparing to face off today at Paly in the league finals against other high school swim teams from across the Bay Area.

One member of the Paly swimming team, sophomore Kobi Johnsson, will participate in the preliminary round to compete for a spot in the league finals.

“I’m not really preparing too much for the preliminary,” Johnson said. “I’m just going to go out there and try my best at qualifying.”

As a team, the Paly boys’ and girls’ swim team hopes to beat one of their rivals, Los Gatos, during the league finals.

“We beat Los Gatos during our meet last week, but the score for varsity boys was 94 to 92, which was quite close,” Johnsson said. “We hope we can beat them again during the finals.”

After the preliminary round was over, sophomore Cole Hausman shared his thoughts on the experience.

The races will be held at 4:00 p.m. today at Paly’s Peery Family Center.