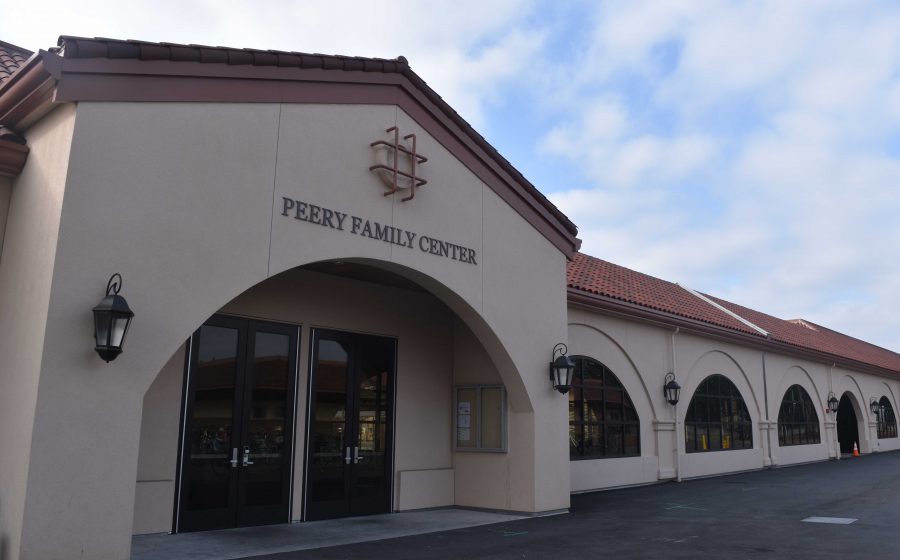 Earlier this month during a series of three speeches by social theorist Jackson Katz, a group of Palo High School students responded by loudly challenging Katz from the crowd.  The Paly Voice reached out to Katz by email, and below are his responses regarding the pushback to his presentation.
Q: Do you often experience push-back from students or other audience members when addressing this topic and those similar to it?
A: No, I don’t typically experience a lot of push-back directly against my basic point: that men and young men need to speak out against sexist abuse, just like white people need to take a stand against racism and heterosexuals need to speak out against heterosexism. That when we think about how to stop abuse, we need to think beyond punishing perpetrators and supporting victims/survivors, and look to the role of what we call bystanders—friends, teammates, classmates, family members—who have an incredibly important role to play in interrupting and challenging abuse from sexist and racist jokes to acts of sexual assault and racist violence.

But I understand that these issues can be difficult, and emotionally charged and I take a strong stand. It’s not really surprising that some people will find what I’m saying decentering or off-putting. But it’s important to remember that acts of sexist, racist and homophobic harassment, abuse and bullying don’t come out of nowhere. They are products of belief systems. And everyone has a role to play in either perpetuating abusive beliefs and actions or taking a stand against them. I did think it was interesting that some students tried to challenge my basic premise by changing the subject and offering classic “whataboutism” arguments: “What about women’s sexism against men? What about people of color’s racism against whites?” etc. I didn’t take a poll, but I seriously doubt those students’ views represented anything close to the majority. But regardless of whether a handful or a sizable number of students feel this way, how do students confront or engage with their fellow students’ views in a way that encourages mutual respect, tolerance and reduces polarization?
Q: What’s your reaction to said push-back, and why do you think students chose to act in such ways?
A: I encourage comments, questions and dialogue, and I can’t predict what people will say, or who in a given audience will speak up. And I’d rather have students express opinions that I don’t agree with or find troubling than have them quietly fester with no rebuttal. There is a positive way to frame the push-back: it shows that we still have a lot of work to do in our society if we’re going to live up to our self-image as a people trying to create a “more perfect union.” But anyone who has been paying attention in recent years knows that we have serious problems of inequality and social injustice in this society.
Q: What do you think it says about where we are as a society that this kind of push back occurs?
A: That we have a lot of work to do. But I also spoke with dozens of students after my various talks who were energized by the things that I said, and by the fact that Paly was initiating these assemblies, with me and with Anea Bogue a few weeks before. I think a lot of young women felt validated and encouraged that a male speaker was supporting women’s leadership and challenging the young men to step forward as allies to women. And a lot of students of color that I spoke with were happy that I kept making the connection between sexism and racism and the need to challenge both, anywhere and everywhere.
Q: In addition to assemblies, what structural changes can schools make in order to address sexual misconduct?
A: Even though a gym is not really conducive to the kind of serious intellectual engagement the subject matter requires, I think assemblies are an important way to cover key themes in a community setting. But the really transformative work takes place in much smaller and more intimate and interactive workshops. And I think slightly older students are often the best facilitators of these types of workshops, rather than middle-aged professor-types. That is why the educational approach I designed with my colleagues in the 1990s is called the Mentors in Violence Prevention (MVP) model. Young people need to be teaching and mentoring even younger people in the ways that everyone can take a stand against all forms of harassment, abuse and violence.