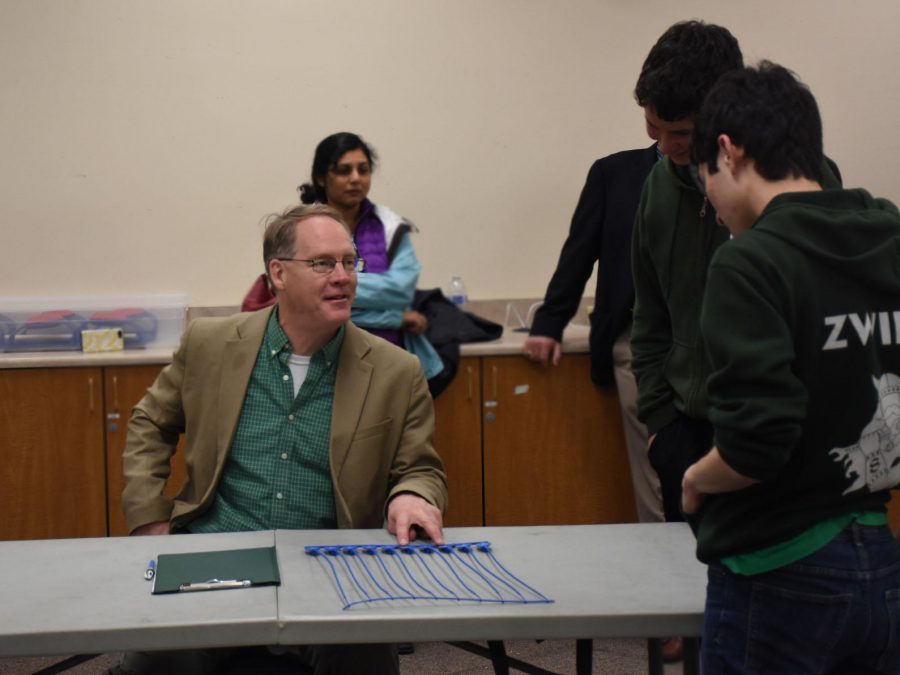 “I’m not actually retiring, but instead I am taking a leave of absence because my family is focused in Seattle at this point,” Kuszmaul said. “They are doing a lot of work to let me do what I’m doing here at Paly and I realized it’s not fair to them to continue.”

Choosing to leave the Paly community has been a difficult decision, according to Kuszmaul.

“[Paly] is a dream situation for me and I absolutely love it, but it’s too hard on my family to make them support what I’m doing,” Kuszmaul said. “I’m going to give them a year in Seattle and I might come back. I might not.”

Kuszmaul taught numerous classes throughout his time at Paly and was most notably known for teaching Advanced Placement Computer Science and being the adviser of the Paly Robotics team.

Senior Devin Ardeshna, captain of the Robotics team, credits much of the growth of the team to Kuszmaul.

“When Kuszmaul started here in 2013, Paly Robotics was only a small club,” Ardeshna said. “During his years as head coach, and especially within the last few years, he has strived to expand robotics, engineering and CS opportunities at Paly. Notably, he has supported the formation of a Paly Zero Robotics team, a Paly Vex team, several CS clubs and independent Design, Business and Art subteams for Paly Robotics (FRC). Kuszmaul has also guided the long-term direction of these teams and clubs, fostering a culture of student autonomy and motivating student leaders to explore new and bold ideas.”

After reflecting on his time, Kuszmaul said he was proudest of acting as the adviser for the robotics team.

“This is my sixth year at Paly,” Kuszmaul said. “My [crowning achievement] would be the robotics team and how it functions.”

Senior Kesi Soundarajan, a student in Kuszmaul’s Computer Science Captstone class, said he will be sad to see his teacher go.

“Mr. Kuszmaul is one of my favorite teachers here at Paly,” Soundarajan said. “While his teaching style is unconventional and sometimes confuses students, he’s a really good person, and he was there for me both inside and outside of the classroom. I’m sure many students will be sad to see him go next year, and I wish him the very best in whatever he chooses to do next”.